Armed attack on the Azerbaijan Embassy in Tehran - "Yasin Huseynzadeh, is likely to be working for SEPAH" - EXCLUSIVE
Read: 463 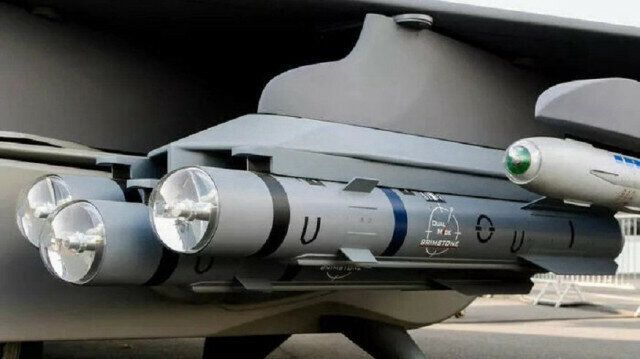 The UK on Sunday announced that it has provided Brimstone 2 precision-guided missiles to the Ukrainian army as part of an aid package promised by the UK premier during his trip to the Ukrainian capital Kyiv earlier this month, Ednews reports citing Yeni Safak.

“As part of its aid package, the UK has provided Brimstone 2 missiles, a precision-guided missile, to the Ukrainian Armed Forces. This aid has played a crucial role in stalling Russian advancements,” the UK Defense Ministry said on Twitter.

This came after British Prime Minister Rishi Sunak visited Kyiv on Nov. 19, where he announced a £50 million ($59.6 million) package of defense aid to Ukraine.

“The £50 million package of defense aid comprises 125 anti-aircraft guns and technology to counter deadly Iranian-supplied drones, including dozens of radars and anti-drone electronic warfare capability,” the UK Defense Ministry said in a statement.

Earlier this month, UK Defense Secretary Ben Wallace announced that more than 1,000 new anti-air missiles would be given to Ukraine.

The UK also announced that it would be sending expert army medics and engineers to the region to help boost the capabilities of Ukrainian’s armed forces.

“Our support for Ukraine is unwavering,” Wallace said.