Armed attack on the Azerbaijan Embassy in Tehran - "Yasin Huseynzadeh, is likely to be working for SEPAH" - EXCLUSIVE
Read: 455 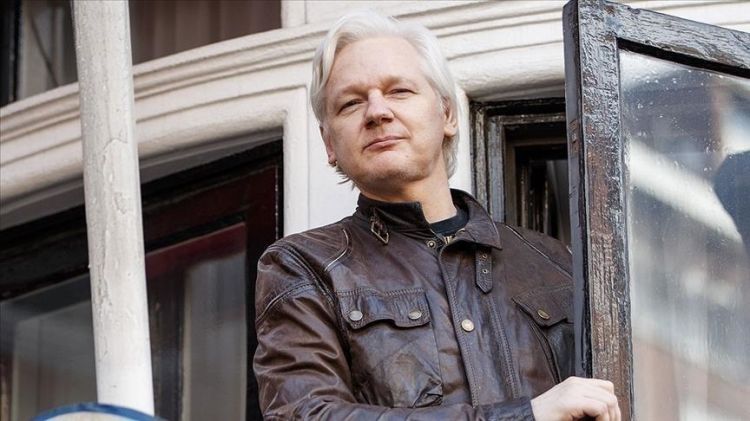 Major global media outlets have joined forces to call on the US to drop charges against the founder of Wikileaks and to stop his prosecution in order to protect journalism, Ednews reports citing Anadolu Agency.

In a joint open letter published on Monday, The New York Times, The Guardian, Le Monde, El Pais, and Der Spiegel gave their views on the prosecution of Julian Assange, noting that they had "published a series of revelations in cooperation with Wikileaks that made the headlines around the world" starting in late 2006.

The letter said that "Cable gate,” "a set of 251,000 confidential cables from the US State Department disclosed corruption, diplomatic scandals and spy affairs on an international scale.”

Quoting The New York Times saying that “the unvarnished story of how the government makes its biggest decisions, the decisions that cost the country most heavily in lives and money” was shared with the world through those documents on Nov. 29, 2010, the letter also said “journalists and historians continue to publish new revelations, using the unique trove of documents” even today.

The media outlets called the results arising from the publication of the “Cable gate” documents “severe.”

“On 12 April 2019, Assange was arrested in London on a US arrest warrant, and has now been held for three and a half years in a high security British prison usually used for terrorists and members of organised crime groups.

“He faces extradition to the US and a sentence of up to 175 years in an American maximum security prison,” the letter stressed.

“We come together now to express our grave concerns about the continued prosecution of Julian Assange for obtaining and publishing classified materials,” the outlets underlined.

Praising the US' Obama and Biden administrations for having an objective attitude on the issue and avoiding indicting Assange as “ they would have had to indict journalists from major news outlets too” if they had sentenced him, the letter criticized the US under the leadership of Donald Trump for not doing the same.

“The DOJ (Department of Justice) relied on an old law, the Espionage Act of 1917 (designed to prosecute potential spies during World War I), which has never been used to prosecute a publisher or broadcaster,” the statement noted.

Stressing that this action sets “a dangerous precedent, and threatens to undermine America’ First Amendment and the freedom of the press,” the letter said: “Holding governments accountable is part of the core mission of a free press in a democracy.”

“Obtaining and disclosing sensitive information when necessary in the public interest is a core part of the daily work of journalists.

“If that work is criminalised, our public discourse and our democracies are made significantly weaker,” it added.

Calling on the US government to end this 12 years of “wrongdoing,” the outlets said: “Publishing is not a crime.”