What does PACE invitation to Russia means for Karabakh conflict? | Eurasia Diary - ednews.net

Murderer of Soleimani killed in US plane downing in Afghanistan
Read: 2708

What does PACE invitation to Russia means for Karabakh conflict? 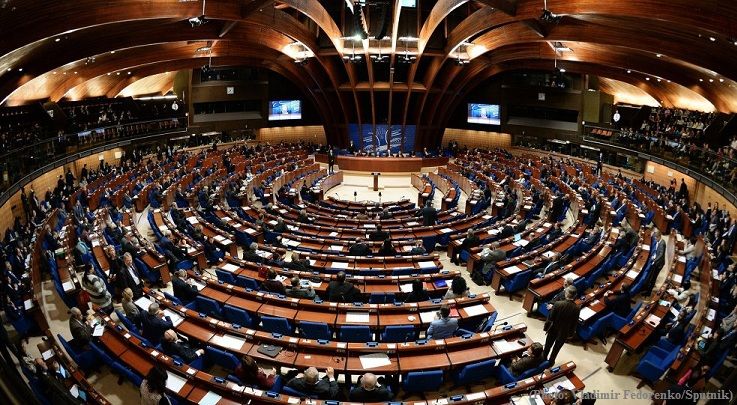 Russia was invited to June session of Parliamentary Assembly of the Council of Europe (PACE). That means the sanctions issued on Russia over aggression on Ukraine may be lifted. It questions how far PACE can go to pursue its own interests by ignoring international law. Then the violation of international law is possible in other occupied territories like Karabakh.

Russia lost its rights in PACE on April 10, 2014. Russian aggression against Ukraine resulted in the invasion of Crimea and loss of Donetsk and Luhansk which EU accepts it as the violation of the border integrity of sovereign state. Before being deprived rights in PACE, the European Union (EU) imposed targeted sanctions on Russia on March 17, 2014. Russia suspended annual payment to PACE over non-participation in June 2017.

We should remember the visit of US State Secretary Mike Pompeo to Russia on May 14, 2019. Pompeo intends to restore ties with Russia.

After his intention, the same initiation came from PACE. On May 17, 2019, the foreign ministers of 30 member states from 47 spoke in favor of the equal participation of all member states in the organization's statutory bodies Russia was invited to June Sessions by PACE by voting 118 of 190 votes. 62 were against, 10 members abstained.

After the invitation to the session, some scholars predict the lifting of sanctions on Russia

Ukraine explains the return of Russia to PACE as the undermining the rights of Council of Europe. News President of Ukraine Volodymyr Zelensky announced that if Russia gives back its lands then they can go to talks.

Although US and European organizations condemned Russian aggression on Ukraine when it starts, then they stated to ease the tensions between Russia and their sides. Indirectly, it means they fell on deaf ears on Crimea, Donetsk and Luhansk.

Azerbaijan  has also the same problem. 20% of its territories are under occupation by Armenia. When the conflict started, Armenia only claimed Nagorno Karabakh (4.4 thousand km2), but they currently claim whole Karabakh in the name of Artsakh (11.4 thousand km2).

US and European attitudes towards violations indicate that they can do the same in Karabakh. We can witness the recognition of Karabakh by the international community as independent state or de facto actor.

Several US states recognize the independence of Karabakh as Artsakh. Armenia has sent a report about the situation and general information about Karabakh to the UN. It alarms that the world community starts to hear that name Artsakh as an independent state.

Azerbaijan supports to solve this conflict peacefully but, alas, Armenia doesn’t take away their intentions.

Azerbaijani State Television screened a video about Azerbaijani Army which shows that if war happens the Azerbaijani Army can defeat Armenian military units. The TV show explains that night attacks are more effective, this idea was proved in World War II.

If night attacks continue by day then in the second night enemy side can’t endure the situation.

We should know that according to statistics Azerbaijan has 665 combat tanks, 1671 armored fighting vehicles, 187 self-propelled artillery, 232 towed artillery, 182 rocket projectors.

The geopolitical situation tends in favor of Azerbaijan to wage military actions. Georgian conflict with Russia and US conflict with Iran enhance Armenian blockade and make these countries to cooperate with Azerbaijan more.

Armenian attempts to fuel situation in the front line by killing Azerbaijani officer and provoking the negotiation process by the initiation of including Nagorno Karabakh side into the process make Azerbaijan do strict actions.

The Ukraine-Russian case taught us that international law is not so necessary, Azerbaijani peaceful attempts by negotiation should be backed by solid steps. In any situation, Azerbaijan would never take a step back from Karabakh and never recognize the independence of Karabakh. In this case, Armenia should compromise. But we see a different attitude, Armenia seems not to

Armenian views leave no choice for Azerbaijan. In these conditions which is unfavorable for Armenia, Armenia should be more willing to negotiation process which can be resulted in concrete consequences, or Azerbaijan has no other option and Armenia can face Azerbaijani military pressure.