Sahara: For the United States, independence is not an option - The Wall Street Journal | Eurasia Diary - ednews.net

Sahara: For the United States, independence is not an option - The Wall Street Journal 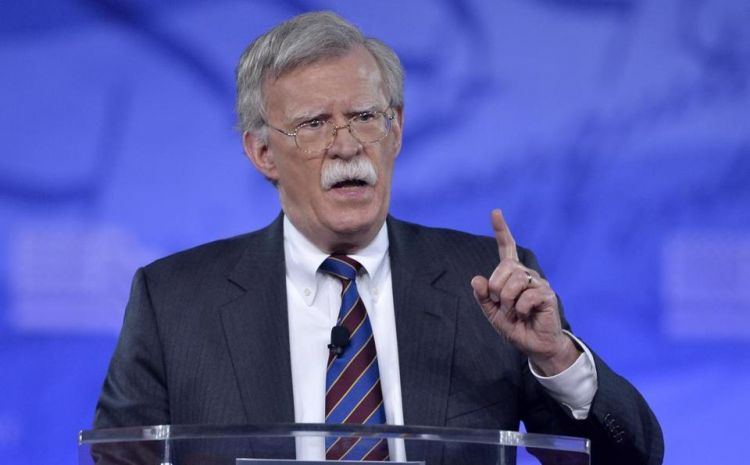 For the United States, independence is not an option for settling the dispute over the Moroccan Sahara, writes the American daily The Wall Street Journal.

In an article published Sunday, the prestigious US daily reports that US officials who are closely following the Sahara issue said that the United States "made it clear that Washington would not support a plan to create new state in Africa".

The security situation in the region makes the conflict an urgent matter, says journalist Dion Nissenbaum, who also draws parallels between the UN's position in support of MINURSO and some White House officials who show some impatience lack of development in the political process.

But the risk of any attempt to derail the UN process may cause discontent and stability in one of the most stable regions in the face of the many foci of tension and instability in the world today.

The author wonders why some officials in the U.S., particularly national security adviser, John Bolton, claims about the necessity to stop UN peacekeeping mission, which “has no progress on talks”. What is interesting is that Bolton, himself, as a State Department official, helped to write the original U.N. deal from 1991 that ended the fighting between Morocco and the Polisario Front.

“Failure could stoke discontent in one of the few remaining pockets of stability in North Africa, creating new opportunities for Islamic State or al Qaeda to expand,” Nissenbaum said.

"The MINURSO has $ 52 million to maintain stability, maintain a ceasefire in a very difficult region," said Minister of Foreign Affairs and International Cooperation Nasser Bourita.

"No one has died since the ceasefire, which means it's the most cost-effective peacekeeping mission in the world," the minister told the US daily.

In this article, The Wall Street Journal also notes the position of Western and Moroccan officials who say that privately the United States supports Morocco in its efforts to find a final solution to this conflict that has all too much lasted on the basis of a compromise solution guaranteed by the autonomy plan.

Moreover, it is this support from Washington that encourages Morocco to return to the table of discussions and relaunch the dynamics of round table discussions under the auspices of the UN in the presence of Morocco, Algeria, Mauritania and Polisario.

This momentum is likely to make progress on the issue, but this progress is now hampered by the situation in Algeria and the resignation of the Personal Envoy of the Secretary-General, Horst Köhler.

The Wall Street Journal also discusses the important efforts made by Morocco to promote the development of the Sahara region through considerable investment in various fields.

The Sahara conflict between the Frente Polisario and the Kingdom of Morocco is one of the modern world's oldest. A former Spanish colony became the subject of a long-running territorial dispute that poses a potential danger for stability and security in the entire region of North Africa. The conflict was escalated during 1970s and the year of 1973 ultimately played a significant role for a ceasefire that was after a long effort signed between Kingdom of Morocco and Frente Polisario in 1991. Since 1991, after reaching a cease-fire agreement, the UN peacekeeping mission on the referendum, established under the mandate of the UN Security Council, has been operating in the Sahara.