World stays clam on Kashmir, everyone is playing their own games | Eurasia Diary - ednews.net

World stays clam on Kashmir, everyone is playing their own games 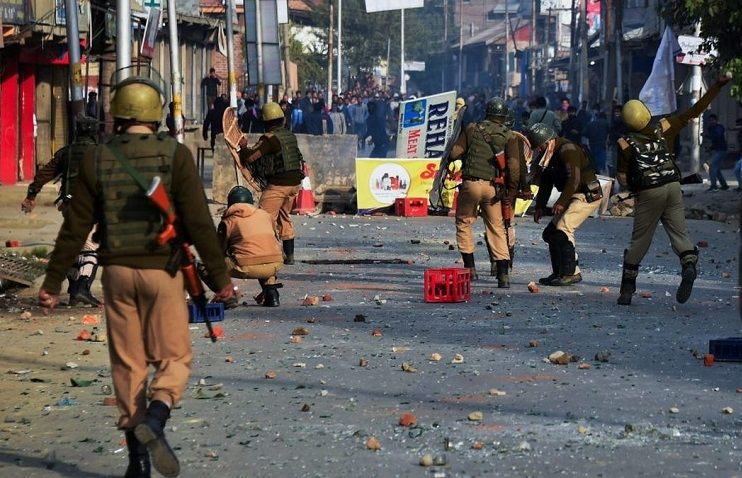 During the last years, we are witnessing the transformation of our world into unjust form. The rise of nationalism, racism makes states to act by their national interests and abuse the international law.

Power centered approaches to world politics put international security in danger. The recent processes in Indian Occupied Kashmir made world headlines and alarmed the international institutions. On August 5, the leader of Bharatiya Janata Party (BJP) which is popular with nationalist rhetoric,  Narendra Modi abrogated Article 370 and 35A which means the removal of special status of Jammu and Kashmir. The abrogation means that Jammu and Kashmir will become two Union territories on 31 October 2019.

The decision followed lockdown of Indian Occupied Kashmir and made unrest in Kashmiri people (60% of the Indian controlled Kashmir consists of Muslim population). Muslim majority fears that in the result of planned demographic change they could be minority in the region. They think that Modi will settle Hindu families in Kashmir and will change the demographic situation in favor of himself.

UN reacts to the conflict but not active play

The Secretary General of United Nations Antonio Guterres recalled both sides to act in accordance to the 1972 Agreement. It should be noted that UNSC reached Simla Agreement of July 2, 1972 that the conflict would be solved bilaterally between two states but under the light of UN resolutions on Kashmir.

On August 16, United Nations Security Council held closed consultations for the situation in Kashmir by China’s initiatives. Modi’s decision undermines Simla Agreement. The reason is that Modi made up this decision unilaterally and without discussion with Kashmiri leaders who are under house arrest or in jails.

International community shows stances based on their national interests

If UN is the key player in the conflict resolution on Kashmir, we should pay attention to the stances of UNSC permanent members. As it is noted above, the consultations on Kashmir in UNSC were requested by China. China has a huge amount of investments on Pakistan and their relations can be understood as a strategic partnership. Apart from this, China also has a territorial claim on Kashmir. These two factors are the main reason of Chinese support. Because the problem can damage Belt and Road Initiatives (BRI). Pakistan is one of the most important state in this project, threats to the Pakistan’s stability can harm the BRI.

Russia and France stayed calm on the conflict. Both countries supported what UNSC Secretary-General said. They are in favour to the bilateral discussions. France attempted to block any statements of UNSC during the consultations while China intends open discussions because it is one of the largest sellers to Indian Air Force.

Generally, inactivity on the process can be seen as a support to India. Because only strict actions can stop India. However, Pakistan welcomes the initiation of calls to the implementation UNSC resolutions.

The President of United States of America Donald Trump spoke with the leaders of both countries and emphasized the need to work towards reducing tension in Kashmir.

US offered its mediation to the process and welcomed by Pakistan, but India is continuing not to see the third party to the conflict.

If all countries seek their own goal, justice can’t be maintained. India caught Pakistan in economic troubles and in this hard situation, Pakistan’s reaction against India will not make India to come back for negotiations. Only in the result of the involvement of the third powers, the negotiation process can be revived.

India has economic confidence while Pakistan is struggling in balance of payments and this was the best moment for nationalist BJP to annex Kashmir as they promised during election campaign.

There is no winner in nuclear war

We shouldn’t forget that both countries own equal nuclear arsenal. India-Pakistan conflict on February is considered the first direct military actions between nuclear states in the history. Current case is also close to previous one but more dangerous.

If the international community will not react properly, the situation can be devastating for not only for the region but for the whole world. India announced its position on the use of nuclear weapon as “no first use”. Pakistan has not made clear its position which this point can be perceived as a real danger for the conflict.

We should remember that three countries along the border of Kashmir China, India and Pakistan are nuclear-armed countries. Apart from this, almost 40% of world population lives here. We can image that how the military confrontation damages not only the region but the whole world.

The other player like United Arab Emirates set the country’s highest civil honor – the Order of Zayed to Narendra Modi, after abrogation of Article 370. We should note that UAE is the second biggest trading partner of India. So this decision of Abu Dhabi is not unfounded.

People are the main sufferers from the conflict, unresolved situation makes opportunity of military confrontation actual always. People are in danger and fear but world leaders are playing their games. We have seen such situations in Syria where hundreds of thousands died but world closed eyes and we saw the same situation in Libya. It means we haven’t learned from the history.

Today, national interests are much more important than any time before. Imran Khan named Narendra Modi as Hitler. Modi’s extremist views make Khan to have such imaginations. History teaches us that if the aggressor is not prevented, it will lead humanitarian crisis which affects the whole world. It seems that World War II can’t teach us the reality or we have already forgotten how the war started.

The Kashmir problem hasn’t come to deadlock and still there is a hope. Pakistan lays on the international law by requesting the implementation of UNSC resolutions and seek justice for Kashmiri people, but it is scary to imagine what will happen if justice will not be maintained.