Armenia in a state of doldrums - Making an end to its international isolation become uphill task | Eurasia Diary - ednews.net

The Su-57 fighter jet is not even ready to fly - Russian specialists say
Read: 934

There's a 'Great Divide' in our Solar System - We might finally know how It formed
Read: 533 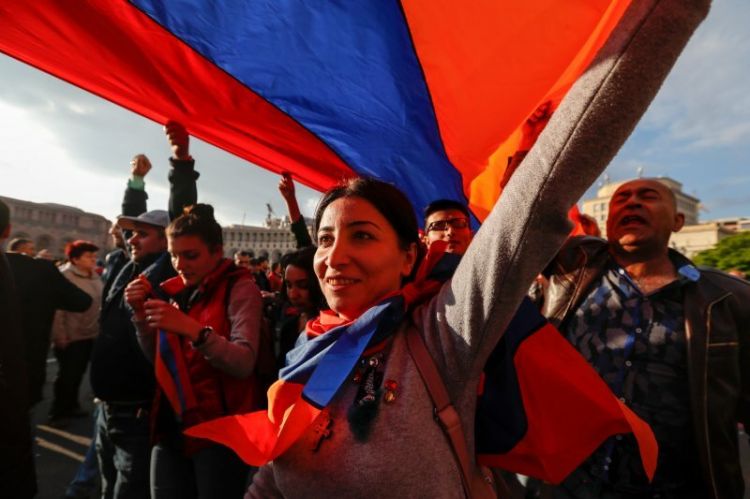 In a bid to demonstrate a sequel of economic betterment, Armenian Prime Minister Nikol Pashinian successfully showoff the Supreme Eurasian Economic Council meeting in the capital city of Yerevan amidst the mounting pressure of the public to curb the country’s worst economic crisis.

Amidst the presence of keynote member states and state heads of economic like Singapore, the million-dollar question is raised, how this gathering of the heads of states will reduce the Armenian isolation in the international arena?

Mega corruption and poverty-stricken economy witnessed mass-opposition protests in Armenia, eventually forced Prime Minister Serzh Sargsyan to resign on April 23, 2018. The political turmoil resulted in forming a new government. The Armenians people had given a mandate to Nikol Pashinian waiting for a miracle for the redress of all their miseries.

To streamlines, the country’s ramshackle economy is not an easy task for the new incumbent Prime Minister. Pashinian’s have mammoth challenges in the limited time under the growing pressure of the people demanding him to deliver what he promised during his election campaign.

Armenia has a long history of facing numerous challenges from a political turmoil to a newly elected government of Nikol Pashinian the path is topsy-turvy.

The country has massive economic challenges. Rather than finding economic solutions, Nikol Pashinian is trying to divert the public attention towards national security issues. It’s much easy to engage the public into hostile rhetoric against its neighboring Azerbaijan rather than delivering for what he was voted by his countrymen.

Around 11 percent of the Armenian population lives under the poverty line by earning less than $3.20 (1,530 Armenian drams) a day. The government is facing a constant budget deficit that leads towards a 16 percent unemployment rate all-time high.

The meetings like the Supreme Eurasian Economic Council are a positive gesture to improve the ruined image of Armenia but how much benefit Armenia can get from these events where mostly the big shares go in the mouths of big fishes.

The ticking clock is going against tall claims made by Nikol Pashinian during his election to improve the country’s economy and to end poverty in his country.

The fast-developing situation on Nagorno-Karabakh by the international community is increasing pressure on Armenian to end this illegal occupation of the 20 percent territory of Azerbaijan. Armenian claims are not getting serious attention in the international arena.

The United Nations (UN) resolution violation by Armenia is resulting in global isolation. On another side, Armenia’s Foreign Ministry spokeswoman Anna Naghdalyan rejected a statement by Russian Foreign Minister Sergey Lavrov that he made on Nagorno-Karabakh recently and Armenian rhetoric can lead to a major rift between the two countries. The article originally was published in https://malikayubsumbal.com/