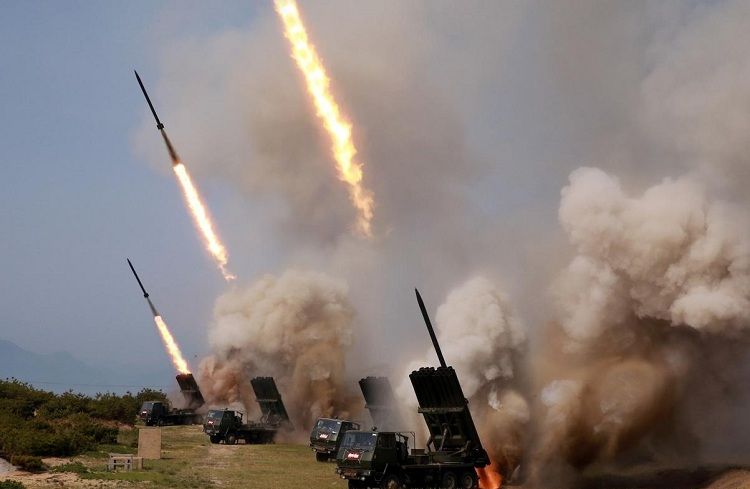 The development and speed of technology are approaching almost at light speed. Every day, new technologies pop out with the fastest upgrade, however the question is what does such speed serve for?

The Eurasia Diary research journalist Ulvi Ahmadli brings broad explanation through his analytical views on global tendecies of the world's leading countries as wells as its worst effects that may jeopardise our unverse. In fact, improvements are not going on electronics, but also progress in weaponry that is about to equalize to android up-gradation.

According to Stockholm International Peace Research Institute (SIPRI), total world military expenditure rose to $1,822 billion in 2018, representing an increase of 2.6 per cent from 2017. It equals to 2.1 percent of global gross domestic product (GDP) or $239 per person.

Let’s see how much the world spends for science. According to PWC, global spending on research and development (R&D) is estimated $782 billion which it embraces 0.9 percent of global GDP in 2018.

The statistic numbers we presented above report tragic news for the future of the world. It is like we are focusing to protect ourselves more than to develop ourselves. We have to ask, what we are defending ourselves from?

The answer is that military development is calculating the expansion of hegemony and clash of global powers. We should remember how World wars were devastating, it resulted in the death of 85 million people, 3% of the world population during that time.

On the one hand, US improving F-35 super jets, Russia is developing air-defense system like S-400, China is working on new missiles, Iran is targeting to enrich uranium, North Korea is launching missiles over seas, Germany calls EU to be active in military arena and so on. We can add further to these examples. On the other hand, scientist alarm dangers of climate change, one in nine people on earth do not have enough food to lead a healthy active life.

The Climate Policy Initiative (CPI), an international think-tank that publishes annual analyses, says that total climate-related financing was $510 billion to $530 billion in 2017, the latest figures available, up from $360 billion in 2012

These numbers demonstrate that world military expenditure is higher than R&D spending plus climate-related financing. It allows us to determine world focus, of course, it is military development.

We also should take into consideration that military conflicts generate refugee flow and economic crisis. Military industry is one of the main polluters. In 2017, the US military bought about 269,230 barrels of oil a day and emitted more than 25,000 kilotonnes of carbon dioxide by burning those fuels. It equals 0.7% of global carbon dioxide emission or more than 140 countries’ emissions. The graphics show us a sharp increase which already closes to 1 Celsius.

If world temperature increases 2-degree mountain glaciers and rivers will start to disappear and mountainous regions will see more landslides, as the permafrost that held them together melts away. By 2100 years, the rise of sea levels could displace 10% of the world's population.

What we have presented you alarms us to save our planet. But if we want to save the earth, we have to decrease military expenditures. UN climate scientists report that just $300 billion is needed to stop the rise in greenhouse gases and allow us 20 years of time to fix global warming.

According to UN researchers, $265 billion is needed to decrease world hunger, it was reported in 2015 when there is no sharp change in hunger rate compared to 2019.