How the US-Iran war in the Middle East could affect the South Caucasus? | Eurasia Diary - ednews.net

How the US-Iran war in the Middle East could affect the South Caucasus? 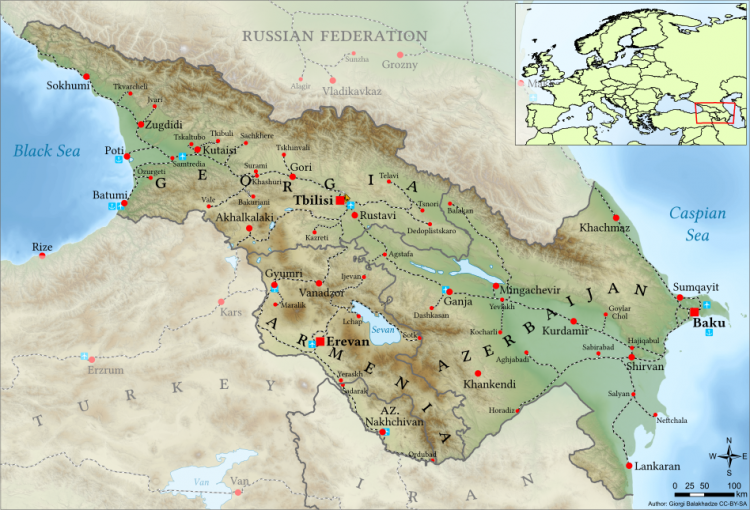 The tension between the United States and Iran in the Middle East has completely risen to high level since December, last year.  Iraq is only country in the region possesses centerpiece in this escalation. At the beginning,  US air forces launched strikes against Shi’a militant group, Kata’ib Al -Hezbollah, is the part of Pro-Iranian Popular Mobilization Forces (Ḥashd ash-Shaʿbī). Strikes caused many causalities in Shi’a armored group that led strong attacks on US embassy in Baghdad by radical Shi’as protests were provoked by Islamic Republic. On 3 January, Iran Revolutionary Guards Corps Quds Forces’ commander Qasem Soleimani was assassinated in Baghdad in the US air strikes. Qasem Soleimani was considered ruthless terrorist by the White House, who had key role in navigating operations against US troops in Iraq and trained Shi’a militant groups, which is included in the list of international terrorism have been operating in the Middle East. Such move by the US covered Iran with mourning and made him to pay retaliation on the killing of Soleimani. After five days, IRGC launched ballistic missiles on two US bases in Iraq in order to keep its belligerent reputation in the World.  However, the strikes did not cause any loss in American army.

Iran is the one of three powerful countries in the Middle East which for two decades has been reinforcing its position in the territory by using political, ideological and military elements.  It is obvious to everybody that ideological influence of Iran in the regional countries, such as Iraq, Syria, Lebanon and Yemen is mainly adhere Shi’asim, consequently turned into political and military sphere. Hezbollah in Lebanon, Housis in Yemen, Shi’a militant groups of Popular Mobilization Forces in Iraq and armored Alavi groups in Syria play significant role in the strengthening of Iranian power in the Middle East. Tehran has also strong influence in Bahrain, eastern province of Saudi Arabia, Afghanistan and Pakistan.

Trump administration cannot accept Iranian influence in Iraq.  Therefore, it decided to utilize strict measures in order to keep Tehran out of Iraq, such as air strikes on Shi’a militant groups and the killing of Qasem Soeimani. Iraq has unfolded into military and political battle between the US and Iran.

The rise of the tension between Washington and Tehran could bring negative consequences and trigger war in the Middle East that could push more than million people in the death. The obstacle to peace and stability in this geography is bigger than ever before.  When the crises flared up more, it has made regional countries to concern over unpredicted terrible results. No any country in the region, also in Western Europe seems ready to play mediating role in the eradicating escalation and normalizing relations between the United States and Iran. In general, the war in the Middle East would not only ravage and annihilate the whole region, but also would entail huge damages in the global economy

US-Iran war would also create horrible effects in South Caucasus.  Where South Caucasus located?  If we look at map of Eurasia, we could see that South Caucasus situated at the crossroad is the path from the Middle East and Central Asia to Europe, and shares borders with Caspian and Black Sea. Countries in southern part of Caucasus-Azerbaijan, Armenia and Georgia have diplomatic relations with both Iran and the United States. Georgia is especially more closer to the West than Azerbaijan and Armenia. The United States has projects and numerous companies in these Caucasian countries. Islamic Republic of Iran has firm bilateral relations with Azerbaijan, Armenia and Georgia in the fields of politics, economics, energy, trade, tourism, and culture. Iran is the second country to supply gas to Armenia, also electricity. Georgia is the strong transit country for Iranian tourists. Azerbaijan and Iran have been implementing joint projects on the development of International North-South Corridor, such as the construction of Iran-Azerbaijan railway and terminals. Azerbaijan is also second major Shia country that shares cultural and religious ties with Iran. Iran covers with eleven countries in where the United States has military bases. In Western Asia, such as Turkey, Iraq, Kuwait, Qatar, Bahrain, Saudi Arabia, the United Arab Emirates, Oman, also in Central Asia, such as Afghanistan, Pakistan, Tajikistan and Kyrgyzstan – in these countries the United States set up its military entities. Washington trust all bases in these countries that strategically focus on not only strengthening his military and political power in Asia, but also encircle Iran. 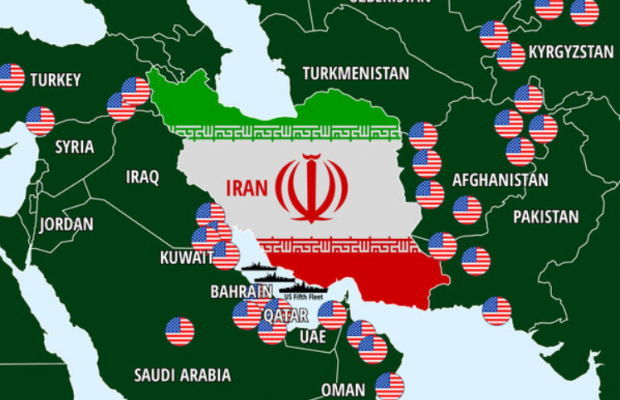 In countries of South Caucasus there are no American military bases. Maybe, Washington has underground plan to set up military facilities in South Caucasus, especially in Georgia and Azerbaijan that might be happened in the future. Also, Armenia is impossible for American troops, because this country hosts Russian army and is military ally of Russia. Therefore, Iran during war could not strike this great region under the pretext of hosting US military bases. But, it does not mean that the South Caucasus would be far from war in the Middle East. War will obviously affect the region: First, Azerbaijan, Armenia and Georgia would be swamped under huge flow of refugees from Iran that could entail economic and social catastrophe in the region. Second, there are claims that in case of war happens in Iran, Russia under the urgency would launch his army through South Caucasus to protect Iran, which will violate the sovereignty of Georgia and Azerbaijan. Third, the United States during war would obligate Azerbaijan and Georgia to allow pushing its aircraft forces into their airspaces for launching strikes to Iran that could put two countries under peril. Fourth, US attacks against Iran would stall the exportation of gas and electricity to Armenia that could absolutely paralyze country. Fifth, we could see radical Shia groups in Azerbaijan and Georgia are ideologically supported by Iran. For instance, there were riots happened in the part of Baku, capital of Azerbaijan four years ago,  in where most residents adhere to Shi’asim , but it was suppressed by security forces.  Shi’asim policy of Iran in Azerbaijan is very strong that IRGC could use it against government to distance itself from the US.    Such factors have been more scrutinized by the governments in three countries of South Caucasus for long-term.

It should be noted that Iran is second country to have more powerful influence in South Caucasus. The United States, at lesser degree has influence in the South Caucasus, despite Georgia is pro-western country, also its active role in Azerbaijan’s oil and gas resources. In reality, the South Caucasus in the eye of the United States is corridor from Asia to Europe that takes important and significant part in the spheres of economy, transports and energy, in which generally Georgia and Azerbaijan play essential role. Furthermore, there could be expectation that high officials of the United States, such as the State Secretary, Defense and Intelligence Secretaries at the period with escalation of tension with Iran visit South Caucasian countries in order to notify their own military and security strategies in this region

War between the US and Iran in the Middle East has not happened yet. If this war break out, we could see other unpredicted negative consequences in South Caucasus.