Ankara to mediate dispute between Moscow and Kiev
Read: 462 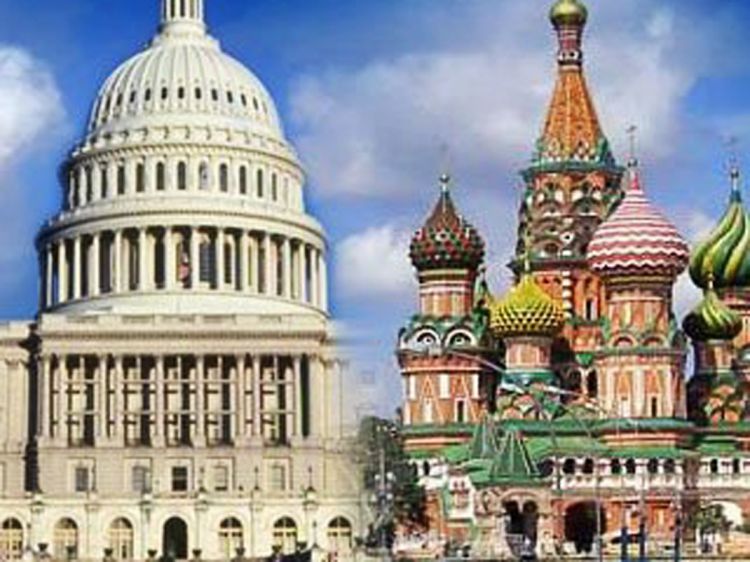 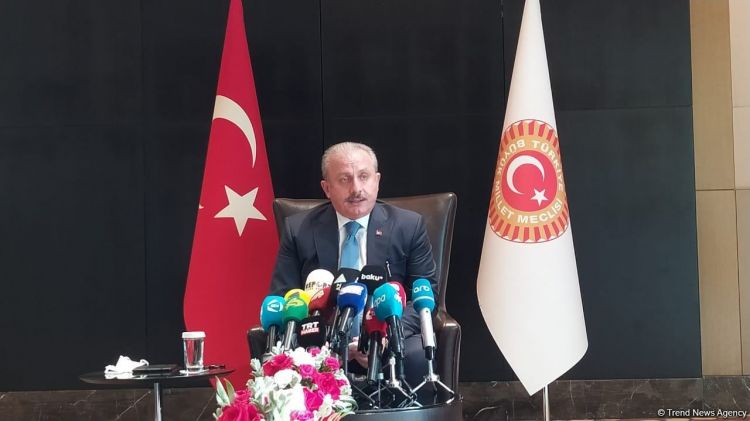 Next meeting of parliamentarians of Azerbaijan, Turkey, Pakistan to be held in Islamabad (PHOTO) - PHOTOS
Read: 235

Azerbaijan, Among Flattening the Curve Nations 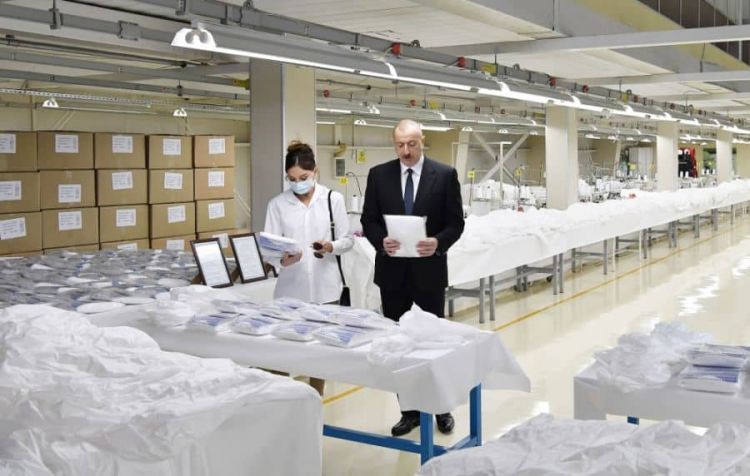 But what about countries that do not make the headlines, like Azerbaijan?

On February 2nd, 2020, I traveled to Azerbaijan. I am an informed person and by reading the news I already knew that some virus infected a 60 million region in China all were put into regional quarantine. By then that virus had already snuck across China’s borders and it was making its way to infect the rest of the world.

For that purpose I equipped myself with a mask for this trip. Upon my arrival at my departure point, the Los Angeles International airport, I noticed that I was not the only one wearing a mask but the mask wearers were in the minority.

During the trip, in a packed to full capacity airplane, I was reading the news and was alerted to the fact that the mask basically protects others from me, not me from others. Unaccustomed to wearing a mask, I found wearing it causing me difficulty to breathe as well it fogged the lenses of my glasses. Therefore, the mask was more off than on my face. The airports I traveled through were the usual, all commerce was open. There was no social distancing, no cleaning hands every few minutes, touching surfaces and sitting in a restaurant was not an issue to worry about.

Arriving late at night in Azerbaijan, a medical team was waiting for the arriving passengers at the airport to take their temperature and everyone at the airport was already wearing a mask.

The week’s schedule in Azerbaijan was packed with meetings, traveling in the country and a variety of socializing events with not one moment of worry I might catch some virus.

On my trip back home again, I wore a mask on an off and I sloppily protected my health to which I saw no danger.

Upon my return, soon thereafter, the world went into shutdown darkness. Just about the entire world was hunkering down attempting to protect itself from the virus enemy.

Now, almost three months later, when the world is slowly coming out of its lockdown, I was curious to know how Azerbaijan, a country of 10 million population, managed the pandemic, news I had to dig for.

Trying to prevent the spread of Coronavirus cases, both within ourselves and in our communities, is called “flattening the curve,” a term public health officials use all the time. However, millions around the world heard this term for the first time with the outbreak of the COVID-19 virus.

In Denmark, 11,117 confirmed cases, 554 deaths; In Sweden – a country that avoided full lockdown and tried achieving ‘herd immunity’ – 31,523 confirmed cases, 3,831 deaths; Sweden’s outbreak has been far deadlier than those of its neighbors, but it’s still better off than many countries that enforced strict lockdowns.

Remembering my trip to Azerbaijan in early February 2020, when the virus was already making its way in places I visited, I was curious to know more about Azerbaijan’s remarkably low number of Coronavirus cases. I called the offices of the Consulate General of the Republic of Azerbaijan in Los Angeles and received information which I am happy to report.

It has been a case of early, wide-ranging and strict lockdown measures to prevent the spread of the virus.

To leave their stay safe residence the population had to receive a permit.

A ban on people aged above 65 leaving their home was imposed.

Access to and from the country, by land and air, was imposed.

Standard passenger transportation to and from the capital Baku and other cities and districts, by land and air, was banned.

All schooling went online and via national TV programs.

All public service centers were shuttered.

As part of the “Support to the State Agency on Mandatory Health Insurance to strengthen the healthcare procurement system in the country,” ongoing joint project, the country’s Administration of the Regional Medical Divisions (TABIB), in partnership with the United Nations Development Programme (UNDP), procured medical equipment to ensure frontline health professionals and their patients were well protected. That included the purchase of 50,000 protective goggles and 1,000 non-contact infrared thermometers, delivered to Baku through the UNDP’s international supply chains.

As of this writing Azerbaijan is gradually returning to normalcy.

Starting from May 18, 2020, Azerbaijan softened a number of restrictions, imposed due to COVID-19, that were mandatory during the country’s quarantine period.

The ban on the elderly, age 65 and above, leaving their homes has been lifted with recommendation to leave home if and when necessary, avoiding crowded places, observing distance and using protective equipment.

Restrictions on access to boulevards, parks and recreation areas have been lifted, so long that the gathering is in groups of no more than 10.

In general, on-site restaurants, cafés, tea houses, and public catering establishments’ service has been restored to be carried out in accordance with the relevant epidemiological sanitary rules and guidelines.

Visits to museums and exhibition halls have been restored.

Some restrictions still remain in place.

All gatherings, such as wedding, ceremonies, public events, cultural and sports events, religious ritual services, and any and all enclosed spaces gathering are still prohibited.

In his speech on May 12, 2020, Mr. Aliyev stated that “As for our economic indicators … the economic situation of many countries remains difficult, the economy is in recession … in Azerbaijan the economy grew, albeit only a little, by 0.2 percent. Of course, this can be considered conditional growth. However, there is no recession yet.”

“With regard to the development of the non-oil sector, the industrial growth of this sector exceeds 16 percent. This is the result of the work done … But everyone should know that our foreign exchange reserves have diminished. It will take time to revitalize the economy and restore jobs. Therefore, we are creating 90,000 public jobs … so that unemployment does not increase. However, unemployment has increased in all countries. Even in the most developed countries it grew rapidly. The numbers will probably show that it has grown in Azerbaijan too … our main goals are both to maintain control over the situation related to the coronavirus and to plan on an exit from the pandemic so that it is smooth and effective and we can restore economic activity as soon as possible.”

Joining the international efforts of “we are all in this together,” during the lockdown period Azerbaijan also helped 13 countries and 3 international organizations by sending disinfectants, protective supplies and other necessary equipment all produced in Azerbaijan.

High School Musical – We’re All In This Together

Sometimes, one has to go beyond the conventional scope. I did so to find out that good management and the population’s good conduct yielded a great result for Azerbaijan managing well the COVID-19 spread. It went well above and beyond many Western Europe countries and the United States.

Azerbaijan has done exceptionally well before and during the COVID-19 lockdown and I am certain that with the leadership of President Ilham Aliyev it will get back on its feet fast. 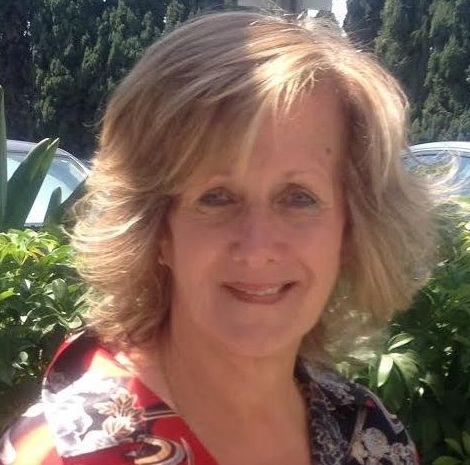