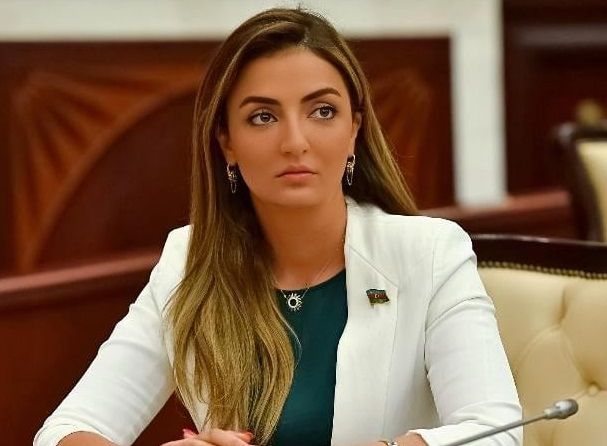 Earlier this month, Armenian armed forces breached all norms of international law by attacking Azerbaijani positions in the border province of Tovuz with the use of artillery. As a result of this unexpected blow, far away from Nagorno-Karabakh and its seven surrounding districts under Armenian occupation, more than 10 Azerbaijani servicemen were killed. In response to Armenia’s attempt to make territorial gains in clear violation of the Armenia-Azerbaijan state border, the Azerbaijani army used its right to self-defence in a proportionate way, writes Konul Nurullayeva.

Although Armenia has tried to evade responsibility by accusing Azerbaijan as the instigator of this provocation, it is clear that Baku has no military purpose on launching such an attack on its internationally recognised state border with Armenia in Tovuz – a region of huge strategic importance for Azerbaijani energy and transport projects, linking Azerbaijan to Europe. In particular, the Baku-Tbilisi-Ceyhan oil pipeline and Baku-Tbilisi-Erzurum gas pipeline, which pass through the district of Tovuz, are vital for the European energy security.

Contrary to Armenian accusations, there is no militarisation of the border by the Azerbaijani side but troops of the State Border Service have been deployed along a part of the border in Gazakh and Tovuz districts to prevent Armenian provocations and to avoid further tensions. Moreover, Baku kept all international organisations fully informed about the recent border incidents through the relevant agencies.

At the meeting of the national Security Council of 13 July, the President of Azerbaijan Ilham Aliyev stated that foreign military representatives will be invited to the region to get acquainted with the situation on the spot as soon as the operational situation allows. This demonstrates that the Azerbaijani side is keen that the international community carries out a full, transparent investigation and an accurate assessment of the recent events.

While doing so, the international community should pay particular attention to the shelling of Azerbaijani border villages by Armenian armed forces and civilian casualties caused by such hostilities. On July 14, the 76-year-old Azerbaijani citizen Aziz Azizov, a resident of the Aghdam village in the Tovuz district, was killed. At the same time, as a result of the artillery fire opened by the Armenian military in the direction of the Tovuz district, civilian property was seriously damaged.

An international fact-finding mission will soon have the opportunity to investigate this issue further and shall then carefully consider the reasons behind the recent Armenian provocation at the Armenia-Azerbaijan border. When Azerbaijan suggested holding a special UN General Assembly session on anti-coronavirus fight to enhance global solidarity, it was supported by more than 130 UN Member States. Ironically, the only country that rejected the Azerbaijani initiative was Armenia, which is at the forefront of countries that need support in the fight against the pandemic as the regional leader in the Caucasus and Central Asia in total cases and deaths from coronavirus.

In addition to its bad management of the Covid-19 pandemic, the Armenian government moved against opposition figures in sheer violation of democratic principles, all by rejecting the recommendations of the Council of Europe’s Venice Commission. No wonder that it has now resorted to provocation and escalation of tensions on the Armenia-Azerbaijan border to divert attention from these major domestic issues.

The European Union, which is counting on Azerbaijani oil and gas exports for its energy diversification, has called on both Armenia and Azerbaijan “stop the armed confrontation, refrain from action and rhetoric that provoke tension, and undertake immediate measures to prevent further escalation” while urging for the resumption of talks under the auspices of the OSCE Minsk Group and noting that the OSCE should resume monitoring of the area in the immediate future.

Baku has always supported the peaceful settlement of the Azerbaijan-Armenia conflict and demonstrated a constructive approach in the peace process co-chaired by the US, France and Russia. Unfortunately, it has been impossible to achieve positive results in the peace talks so far, which are constantly being hampered by the opposite side. Nevertheless, Azerbaijan is willing to reciprocate the call of the European Union and other international organisations and is ready to cooperate with Armenia in the field of strengthening humanitarian and confidence-building measures in some form.

However, for this to happen, progress shall be made in the negotiation process to resolve this conflict in line with international law. Despite 4 UN resolutions calling for the immediate withdrawal of the Armenian troops from Nagorno-Karabakh and its 7 surrounding districts, the Azerbaijani territorial integrity has remained disrupted for the last 28 years.

As emphasised by the EU, Armenia shall “devote energy and resources to fighting the coronavirus pandemic” rather than directing its resources to feeding this long-standing conflict and aggravating its relations with its neighbour Azerbaijan.

Written by Konul Nurullayeva, the article was originally published in EU Today. Konul Nurullayeva is an Azerbaijani MP and Member of the Parliamentary Assembly of the Council of Europe.