Nagorno Karabakh conflict: why it matters to Italy 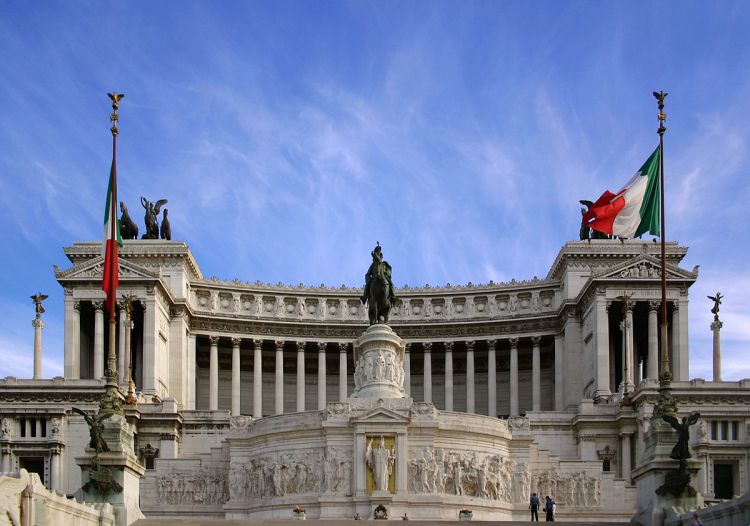 Artile is written by Simona Scotti, who is a senior student at Ca' Foscari University of Venice.

Territorial disputes, conceptualized as disagreements over the control of a certain piece of land, have frequently occurred throughout centuries, and nowadays they have gained an explicit political and military importance, given that they may trigger wider disputes involving additional actors, affecting regional security and undermining human rights. Recently, the conflict over Nagorno Karabakh has returned to the center of international security debates, following a new outbreak of violence that began on September 27, 2020. The conflict in Nagorno Karabakh could be defined as ethnic and territorial, and it dates back to 1991, when the region, which is internationally recognized as part of the sovereign territory of Azerbaijan but is mainly inhabited by a population of Armenian origin, declared its independence from Azerbaijan. This resulted in a war between the two Caucasian countries, which lasted until 1994 and caused more than 30.000 deaths. Since then, Nagorno Karabakh is a de facto independent republic, which however has not been recognized by any of the UN member states. In addition, Armenia continues to militarily occupy seven more regions of Azerbaijan, although it has not recognized the status of Nagorno Karabakh in order not to compromise peace negotiations. The conflict is often referred to as frozen, but in reality there have often been violations of the ceasefire and resumptions of hostilities, such as the one we are currently witnessing.

The intensive fightings that erupted on September 27 triggered immediate reactions of the international community. Many countries have direct interests in the region, and if the ongoing tensions deteriorate they risk to be seriously affected. Turkey and Russia are the major players in the area. However, other countries could play a part and even push a change in the status quo. Among them, there is Italy. Italian interests in the region are considerable, and the Italian institutions quickly reacted to the renewed hostilities. The Italian Minister of Foreign Affairs Luigi Di Maio issued a press release expressing his concerns about the ongoing fighting between Baku and Yerevan. The status quo, he claimed, is evidently unsustainable, but only a negotiated agreement would bring peace and stability to the region.  Moreover, on October 2 he attended a meeting with his Turkish counterpart, Minister Mevlüt Çavuşoğlu. In the press conference that followed, Di Maio reiterated his concerns, requesting Turkey to take an active part in the peaceful resolution of the conflict through restoration of the negotiations. Other political figures have been active on Twitter. Among these, Vincenzo Camporini, Piero Fassino and Vito Petrocelli, who spoke in favor of an immediate ceasefire and a resumption of the dialogue in order to find a solution conforming to the norms of international law. In addition, Matteo Salvini, the populist leader of the Italian far right, expressed his condolences to the Armenian victims through a tweet.

With regards to the Italian society, overall, the major trend is represented by an unanimous call for a rapid peaceful resolution. However, media coverage of the conflict has been quite weak, and even the main Italian newspapers struggled to provide clear, verified and unbiased accounts of the situation. On the other side, the academic world and Italian think tanks focused on the Caucasus are publishing far more precise analyses, along with organizing conferences and round tables to provide detailed insights to the audience. Yet, the coverage is usually limited to some specialists in the field.

Mario Raffaelli, the negotiator and president of the first peace conference on Nagorno Karabakh when Italy held the presidency in 1992, also stated his position on the issue, both via interviews and on Twitter. Raffaelli highlighted once again a model of peace to be applied to the region, which for many experts (including Mammad Ahmadzada, the Azerbaijani Ambassador to Italy), could represent a viable solution to one of the world’s most long-standing conflicts. The model in question is that of Alto Adige-Sudtirol, an Italian region inhabited for 69.4% by a German-speaking minority. The region had belonged to the Austro-Germanic orbit for more than 1.400 years, and was then annexed to Italy in 1919. After the Second World War it became an autonomous region and, from the 1970s, it obtained a special autonomy status on a provincial basis. The South Tyrolean model is considered one of the most successful in the resolution of ethnic and territorial conflicts. Its peculiarity consists in the international anchorage under which it has been established: the agreement provides for a high degree of autonomy for the German-speaking population, which has been established by a bilateral agreement between Austria and Italy within a regulatory framework guaranteed by the United Nations. This model could represent a third way between the solutions previously presented for Nagorno Karabakh, and it could be adopted, with due adaptations, as the independence of the region is certainly not a feasible solution, while on the other hand the Azerbaijani solution providing for a simple promise of autonomy to the region does not seem acceptable either. Thus, the starting point would consist of an immediate withdrawal from the occupied territories and in the return of the refugees to their lands, and then the negotiated autonomy would be guaranteed internationally. Since Italy is included as a participating state in the Minsk group, it is hoped that its role will become increasingly active within this institution to bring concrete solutions based on the Italian experience.

Besides its possible mediation in the peace negotiations, several factors contribute to ensure that Rome will make substantial efforts to preserve friendly terms with both Baku and Yerevan. For instance, bilateral relations between Italy and Azerbaijan have strengthened substantially in recent years, and for the peninsula Azerbaijan constitutes a strategic partner in a variety of sectors: it ranks second among oil exporters to Italy, and, as soon as the Trans-Adriatic Pipeline will operate at full capacity, it will provide Italy with around 8 billions of cubic meters of gas annually, which will turn Italy into Europe’s biggest energy hub. Therefore, the escalation of violence occurred in mid-July following the military operations in Tovuz at a strategic location for the energy infrastructure connecting the Caucasus to Europe, risked seriously undermining Italy’s energy projects. In addition, Italy is Azerbaijan’s first commercial partner: in 2019 the mutual trade turnover reached €3.6 billion, with €3.4 billion in imports from Azerbaijan to Italy and €203 millions euros in exports from Italy to Azerbaijan.

Last February, President Ilham Aliyev made the first Azerbaijani state visit to Italy, which marked a turning point in the relations between Baku and Rome. On that occasion, 28 agreements have been signed, among which the Joint Statement. In the Joint Statement, Italy and Azerbaijan have identified each other as strategic partners, and they have agreed to reinforce cooperation in sectors like energy, politics, security, defense, economy, commerce, logistics, transportation, culture and innovation, among others. This agreement has been pivotal in creating a full-ranging cooperation that will not involve only energy, but rather that will comprise all the key sectors. Moreover, representatives of 260 Azerbaijani and Italian companies and associations partook to the state banquet to define bilateral cooperation in commerce, which is expected to increase significantly in the next few years.

At the same time, Italy shares strong cultural relations with Armenia: there is a significant presence of the Armenian community in Italy, mostly based in Rome, and Armenian buildings are scattered all over Italy, revealing the long-lasting historical ties among these countries. Furthermore, several Italian companies are operating in Armenia, even though the economic advantages deriving from their presence in the Caucasian country are very poor compared to the importance that Azerbaijani energy represents to Italy.

In conclusion, Italy has several reasons to insist on the peaceful resolution of the Nagorno-Karabakh conflict. Energy and economic cooperation with Azerbaijan on the one hand, cultural ties with Armenia on the other. There is no doubt that the relevance of the Italian oil and gas company ENI in the exploitation and management of the Mediterranean energy resources will be decisive in determining the strategy to be adopted. But there is something more: the Mediterranean peninsula is in good terms with both Turkey and Russia, and a tightening of relations between these two countries, together with the role that both actors are currently playing in Libya, could have a destabilizing effect on Rome. Italy should therefore strengthen its role as mediator by taking advantage of the positive example it could provide thanks to the successful model of Alto Adige-Sudtirol.