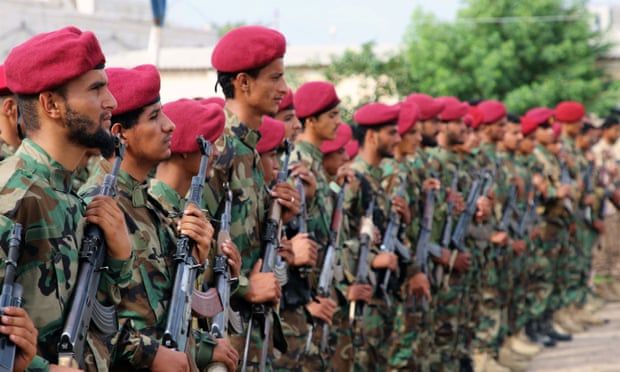 In an interview with the Guardian, Aidarus al-Zoubaidi claimed a referendum would show 90% support for independence for Yemen’s South and should be held exclusively within the South, pointing out that in the Brexit referendum the rest of the European Union was not given a vote.

North and South Yemen were unified in 1990, but large sections of the south including in Aden have never reconciled themselves to their loss of independent status.

Zoubaidi, a former Aden governor, also called on Biden’s newly appointed special envoy on Yemen Tim Lenderking to hold talks with the STC saying “the issues in the country will not be resolved if the voice of the South is ignored. We need a referendum, or some other mechanism, for the people of the South to voice their opinions”.

He also insisted the STC, formed in 2017, needed to be represented at any UN sponsored peace talks, something the UN has been wary of doing, fearing it will complicate the peace process.

He said: “Our popular support across the South is overwhelming, and if the UN organised a referendum we are confident we would win the support in excess of 90% of the southern population”. Little independent polling has taken place.

Asked who would vote in the referendum he said: “It will be the southern people. It is they who have a grievance if you compare it with the Brexit referendum. It was the British that decided whether to stay or leave, and the EU did not have any say. Southerners would be given the option of unity, federalism or breakaway completely”.

He was speaking on the eve of Monday’s UN sponsored pledging conference designed to address a massive shortfall in humanitarian funding required to prevent a famine spreading across the country. Both the United Arab Emirates and Saudi Arabia have cut back their funding in 2020 leaving a shortfall of $1.5bn on the $3.1bn requested. This year the UN is seeking $3.85bn.

The STC since December has held cabinet seats in the UN recognised government of Abdu Rabbu Mansour Hadi, but remain at loggerheads with Hadi despite a deal known sponsored by Saudi Arabia in November 2019 designed to resolve tensions and focus their collective attentions on combating the Iranian backed Houthi movement which has captured vast tracts of Yemen’s North.

In April 2020 the STC temporarily expelled the Hadi government from Aden. The rivalry between the STC and Hadi government has meant a promised plan to unify their security forces, streamline administration, and appoint new police chiefs has still not happened. Zoubaidi said some people were seeking to sabotage the agreement.

Zoubaidi also warned the Houthis current assault on the oil rich province of Marib is likely to cause a catastrophe for refugees, but also potentially change the political landscape by depriving the Hadi government of its last remaining substantial territory in Yemen’s North.

He warned: “The fall in Marib would have serious consequences, not just at humanitarian level but it might accelerate the process towards internationally convened talks between the North and the South. It could lead to a situation where the STC are largely in control of the South and the Houthis control of most of the North. In that case, it would make sense to have direct talks between the parties that are in control.”

Marib city is now encircled on three sides and being shelled by Houthi force with both sides taking very heavy casualties over the past fortnight. The UK Foreign Office said Sunday the Houthi reckless attack on Marib showed the Houthis were not serious about peace.

The STC has been backed by the United Arab Emirates, but Zoubaidi claimed the Houthis were a terrorist movement that was being supported militarily politically and economically by Iran. “Without Iran’s support the Houthis would have been defeated very early on”, he said.

The STC has recently been accused recently of suppressing journalism critical of the UAE, including according to Human Rights Watch, by torturing a prominent reporter Adel al-Hasani. Pressed on whether the reporter was going to be charged or released he said he “was being investigated for three or four offences, and if once the investigation is over, he is found innocent, he will be released promptly, and if he is found guilty he will be charged”.