In France, there's no escape from Covid vaccine sceptics - What would Pasteur think? | Eurasia Diary - ednews.net

Liberation of the rest of territories is inevitable - It will only take some time – Political analyst
Read: 195

In France, there's no escape from Covid vaccine sceptics - What would Pasteur think?

As the rumour and disinformation mills go into overdrive, GPs are having to drum up patients to use up their allocation of jabs 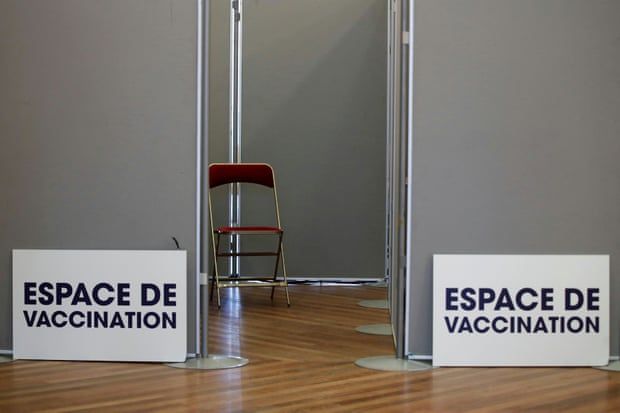 There’s a joke doing the rounds in France: how do you get a Frenchman to have the Covid vaccine? Tell him he can’t have it.
My dentist – who is French – recounted this and found it hilarious. My doctor – who is not French – was not so amused. Like other GPs she has been trying, and not always succeeding, to persuade her patients to have the AstraZeneca jab. Yes, you read that right, trying to persuade.
While Britons have been giving their right and left arms for a Covid-19 vaccine, here in still-sceptical France, people are actually turning it down. And not just the Anglo-Swedish AstraZeneca jab, though it hasn’t helped that after being given such an unjustified bad press, this is the one being delivered to GPs.
Disinformation, distrust and rumours that are downright bonkers have turned what should have been a fairly routine operation into an organisational nightmare. Doctors like mine who have been allocated just 10 doses of AstraZeneca a week – all of which have to be administered in a 48-hour time frame – are spending valuable time and energy trying to drum up just 10 willing patients.
The reasons for French vaccine scepticism have already been well documented: previous health scandals have sown doubts; the French distrust their politicians and Big Pharma and rail against being told what to do. President Macron’s ill-advised trashing of the AstraZeneca vaccine based on erroneous interpretation of the scientific data didn’t help.
Still, it is surprising to encounter such illogical, even unenlightened thinking in the country that produced both Louis Pasteur and René Descartes.
After a year of lockdowns, curfews, restaurant, bar, cinema, theatre, gym et al closures and the severe curtailing of freedoms, not to mention the general tanking of the economy, one would imagine the French rushing for the exit to the pandemic nightmare that vaccines offer.
And many of those refusing are those who have the most reason to get vaccinated: high-risk themselves or susceptible of passing the virus to other vulnerable people. Last week, to widespread astonishment, prime minister Jean Castex revealed that only 40% of the country’s health workers have been inoculated. He reminded the others they had a responsibility to “themselves, their families and those they care for” to remedy this tout de suite.
There are echoes of Britain’s rancorous Brexit debate in the answers some give for refusing to be vaccinated. It’s like walking on eggshells even asking the question, and the responses – deeply, earnestly and genuinely held – often make no sense to those who believe having vaccines in general, and the Covid one in particular, are an individual and collective responsibility.
In a small-town supermarket in Burgundy, I heard a woman detailing her and her husband’s health woes, including cancer, a recent brush with death requiring a multiple bypass of the heart and tests for diabetes. She was asked if she was planning to have the vaccine.
“No, no absolutely not. Nobody knows what’s in it,” she said. A non-scientific poll of neighbours revealed similar sentiments: “It’s been developed too quickly”, “it isn’t safe”, “it causes autism”, “it doesn’t work”, “there’s something fishy about all this…”
Back in Paris, a colleague told me both his elderly in-laws had serious health conditions but were refusing to be vaccinated. Another said he knew of a professional couple who were “not anti-vaccine… but happy to wait and see how it works out in the UK.”
An equally non-scientific survey on social media showed the reasons for scepticism were many, varied and spread across France. While some French people had pestered their doctor for the vaccine or driven miles to get a dose, others were confounding science and logic with claims that the vaccine would change their DNA or was as nefarious to human health as 5G and smart electricity meters.
An American-Parisian told me she “had several French people who I regard as being quite intelligent tell me that they fear they haven’t had enough time to fully research the safety of it all.”
Another friend reported: “In rural Auvergne, scepticism is rife. I have heard farmers say, “I don’t want a vaccine that might make me ill. Even a friend who works in Intermarché (supermarket) said not in a million years… vaccine scepticism also seems to go hand-in-hand with fear of the Linky electrical meter.”
Vaccine scepticism in France reflects 'dissatisfaction with political class’
Read more
Conspiracy theories, it would appear, can trump France’s legendary reputation for hypochondria, and vaccine scepticism override fears of a virus that has already killed almost 88,000 people here.
Scepticism aside, the vaccine roll-out in France has been painfully slow. Since 18 January when inoculations began, France has received just under 7.86 million vaccines. The last available figures show that under 3.39 million people have had one dose and just over 1.83 million two doses. Scepticism does not explain why millions of vaccine doses are still sitting in fridges, and why every weekend, the number of vaccinations given drops to a relative trickle. France’s work-life balance is a wonderful, enviable thing, but as Emmanuel Macron has said repeatedly, this is “a war” against a deadly virus.
After Castex announced France would speed up inoculations last week, including at weekends, one colleague joked: “What is the country coming to?”, but at the current rate, the VaccineTracker website estimates it will take until 7 March 2023 to vaccinate the adult population.