EU's more expectations from Tukey within the lukewarm relations 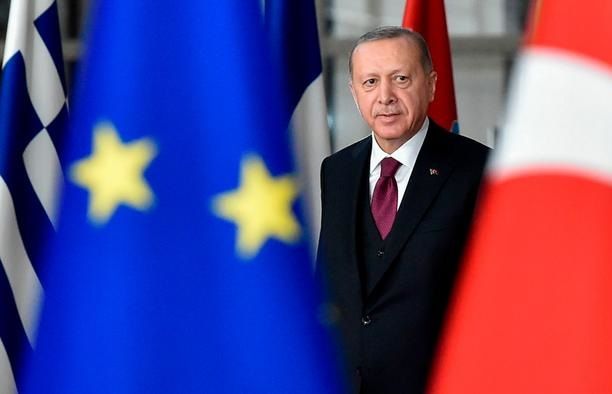 EU officials have visited the brotherly country to strengthen ties between Turkey and the EU. President Recep Tayyip Erdogan received high-level EU officials at his residence on Tuesday.

After a meeting that lasted about three hours, head of the EU Council Charles Michel and head of the EU Commission Ursula von der Leyen attended a press conference. Speaking at the conference, C.Michel said the EU was ready to present a concrete agenda to strengthen cooperation on the economy and immigration and inter-communal relations. He stressed the strategic importance of the EU's mutually beneficial and positive relations with Turkey, as well as security and stability in the Mediterranean.

Ursula von der Leyen stressed that the visit was aimed at boosting Turkish-EU relations, and spoke about mutually beneficial cooperation during her meetings with Erdogan.

What is important is that the EU, which used to voice sanctions rhetorically, is now starting to treat Turkey more leniently. But the most interesting is what is behind it.

Speaking to Eurasia Diary, political scientist Engin Ozer said that there are many issues that the EU expects from Turkey, one of which is the issue of Syrian refugees.

"The EU is deeply concerned about any problems with Syrian refugees. The mass influx of smugglers is creating tension, especially along the Greek border. That is why the EU has asked Turkey to allow Syrian refugees to visit its country for some time. In addition, the EU stressed the need for Turkey to strengthen its control of both land and sea border troops, "the expert said.

According to him, EU officials have expressed concern over the escalation of another influx of refugees in Idlib, which is likely to continue in the future. Therefore, during the meeting, Turkey was asked to increase border control.

Another issue discussed was Ankara's agreement with Southern Cyprus and Greece on gas exploitation in the Mediterranean. Engin Ozer said that Turkey says "yes" to dialogue and open bargaining on gas exploration.

"Since Joseph Biden has came to power, official Ankara's relations with the EU are not as sharp as before. For this reason, Ankara is ready to reach an agreement with the EU in all areas."

Following the meeting, Engin Ozer commented on how Turkey's political views may change in the near future, as well as the form of relations with Greece in the Mediterranean.

"As you know, during the pandemic, Turkey is facing a big challenge of economic crisis," he said.

"The crisis is expected to worsen. That is why Turkey has an obligation to expand foreign trade. Given this, it is imperative that Turkey be able to attract investors to the country, especially European partners. In this regard, Turkey will try to be closer to Greece by all means. On the other hand, Turkey's desire to reach a more advantageous agreement with the EU on the customs issue in its own favour may indicate Turkey's inclination towards the West in the near future."