Washington is playing a game of chicken with Beijing and Moscow! | Eurasia Diary - ednews.net

Washington is playing a game of chicken with Beijing and Moscow! 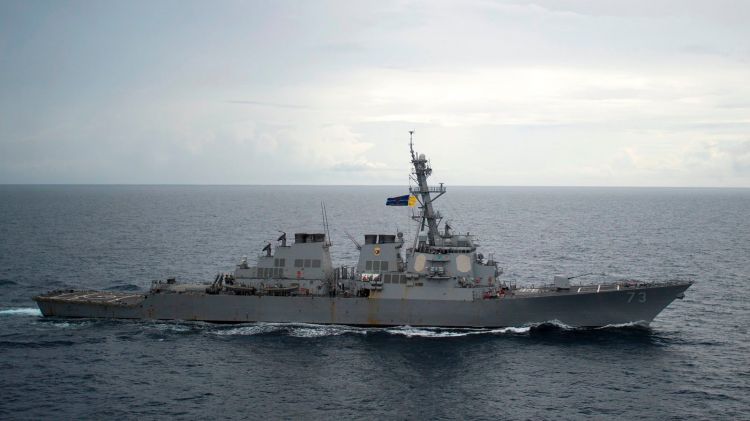 The U.S. is playing a game of chicken with both China in the Southern China Sea and Russia in the Black Sea. The centers of tensions for these two conflicts are Taiwan and Ukraine respectively.
The game of chicken is inspired by the 1955 American movie “Rebel Without a Cause.” In the “Chickie Run” scene of the film, two rebel teenagers drag race their cars into a cliff at full speed. The first to swerve in this extremely dangerous race will be branded as a chicken. If both drivers do not swerve, they'll be rolling into the abyss together. A tie would ensue if both swerve at the same time. Thus, the two parties won’t be able to call each other chicken. These Rebel Without a Cause racing scenes serve as a metaphor widely used to discuss the risks of military escalation between the great powers.
The thing is what is transpiring in the Southern China and Black seas is not a movie screening. The possibility that a surprise conflict could erupt between superpowers may lead to a regional or mini-world war. We witnessed a similar escalation in 1962 during the Cuban Missile Crisis that brought the U.S. and the Soviet Union to the brink of nuclear war. American and Soviet warships were about to clash in the Atlantic Ocean. Washington and Moscow simultaneously swerved and avoided an all-out war. Had they not blinked at the last second, nuclear heads were about to be simultaneously fired by the Soviets and Americans from Cuba and Turkey respectively.
The U.S. decision to dispatch two warships to the Black Sea this upcoming week is seen as yet another game of chicken. It is being described as the “New Game of Chicken” of the “New Cold War.” Russia's military buildup on the eastern Ukrainian border indicates that the “frozen” war there could thaw again. Ukraine wants to join NATO as soon as possible, however, this is a red line for Russia. European members of NATO do not look too kindly on Ukraine's NATO membership. Meanwhile, U.S. anti-Russia hawks want Ukraine to join the powerful alliance.
The U.S. deployment of four nuclear-capable B-1 bombers to Norway in February was met with a strong reaction from Russia. To make matters even worse, the U.S. European Command (EUCOM) raising its alert status was quite striking.
Biden had previously used the word “killer” to describe Putin. Russia amassing troops near the borders of Eastern Ukraine is seen as an attempt to test how far the Biden administration is willing to go. As in a “Game of Chicken,” attempts to probe for responses could result in surprising developments.
It is not expected that the U.S. and Russia would go to war over Ukraine. Nor is it likely that European countries would take up arms for Kiev. Europe is likely to rear its head when both the U.S. and Russia simultaneously pull the brakes. Attempts to test the waters may lead to the state of conflict in Eastern Ukraine to continue for a while longer.
Meanwhile, talks in Washington over their 2022 Defense Budget are intensifying. Republicans and anti-Russia hawks are pressing for an increased budget in order to compete militarily with both China and Russia. Biden, however, is searching for a middle ground, as Democrats who oppose the “endless wars” expect defense budget cuts. The Biden administration’s current budget drafts include a 1.7 percent increase, allocating $715 billion for the Pentagon and $38 billion for non-Pentagon defense spending.
According to senior Republicans on the Armed Services, Intelligence, and Appropriations committees in the U.S. Senate, Biden's defense budget is deemed insufficient when considered within the context of the military rivalry with China and Russia. Republican Senators argue that the projected budget will send the wrong signals to Beijing and Moscow, as well as to U.S. allies. Senators also stress that the budget draft is testing Biden's hawkish anti-Russia rhetoric.
Democrats hold slim majorities in both chambers of Congress. In order for the Biden administration to pass the defense budget, one the one hand, it needs Republican support; on the other, it needs to get around the opposition of leftist Democrats who find the budget too excessive.