The US Navy set off explosives next to its new aircraft carrier to see if the ship can handle the shock
Read: 264 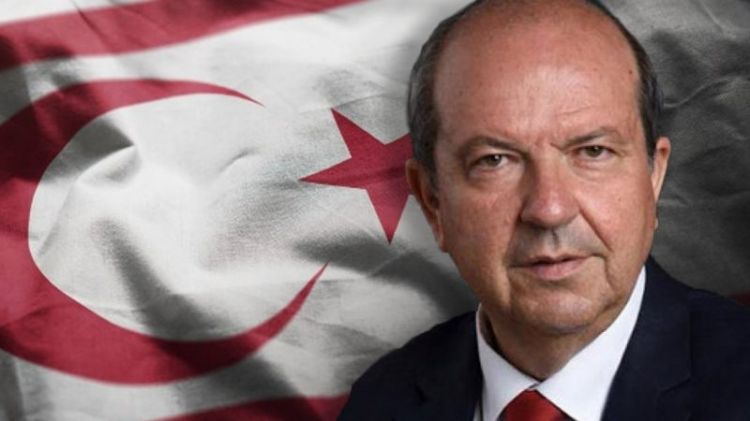 TRNC President Ersin Tatar has the capacity to nullify all the past UN Security Council Resolutions and open the road for the Two-State Solution in Geneva, said Mehmet Sukru Guzel.

President of Turkish Republic of Norh Cyprus, since he came to power, has proposed a two-state solution model for the settlement of Cyprus dispute.

According to Ersin Tatar, the solution model is aimed at ensuring TRNC with equal external sovereignty and internationally recognized borders.

Leader of Turkish community also noted that the long-term negotiations on the reunification of Turkish and Greek communities under federal umbrella have failed, and it has not entailed any positive impact on the solution of conflict in the island.

Furthermore, Ersin Tatar urhes the UK government to get behind his proposal for the solution of Cyprus dispute.

Speaking to Eurasia Diary, Mehmet Sukru Guzel, the co-founder of the Center for Peace and Reconcilation Studies, talked about the issues on the future of TRNC, Two-state solution plan and UN resolutions on Cyprus conflict.

The possibility for the recognition of TRNC by the UK

No state will never recognize TRNC because of its legally wrong Declaration of Independence. The Declaration of Independence had given reference to the International Convention on Civil and Political Rights for right of the self-determination whereas the meaning of the self-determination in this convention means an internal right, no right to external right of self-determination. Because of this legal mistake, the TRNC defined itself that is Turks in the island as a minority with no legal right in the UN system to establish a State. And TRNC became a secessionist movement. On the other hand, the UK as an old colonial power that had decolonized many colonies and had a responsibility against any minority secessionist movements to oppose from the UN system for the old decolonized States. But today, there exits something different for the origin of the gossip news for a possible recognition of TRNC by the UK. Let me tell the reality, after the decision of the International Court of Justice on Chagos Archipelago Case, the Greek Cypriots are working to abolish the London and Zurich Agreements by which the UK possessed two military bases in the island. The Greek Cypriots offered the UK to rent the military bases in Cyprus for a symbolic prize. The UK does not like this offer and does not want to risk the legal status of its military bases in Cyprus and make a diplomatic voice, a kind of diplomatic game that is all, nothing more.

We should not make a mistake, TRNC is an independent State and is not under the control of Turkey. The desire of Turkey for the Two-State solution does not mean the control of Turkey on the decisions of TRNC. Turkey wants to end the embargos against the TRNC and wants TRNC be the member of the international family of States. From 1954, Turkey is the voice of the Turkish Cypriots inside the UN system. In 1958, with the authorization by the UN General Assembly by its resolution 1287, Turkey signed the treaty of Zurich in the name of Turkish Cypriots. The reality is the three guarantor states – Turkey, Greece and the United Kingdom originated from the authorization of the UN General Assembly and Turkey is the guarantor of the Turkish Cypriots rights.

The UN General Assembly  and Security Council resolutions on the determination of legal status of TRNC.

Let’s remember one reality, from 1991, by the resolution 716 of the UN Security Council, the UN asked for a comprehensive settlement of the Cyprus problem based on a bicommunal, bizonal federation with political equality. There is no place for Two-State solution inside the UN system as a reason of legally wrong written Declaration of Independence of TRNC but my works are well known by the Ministry of Foreign Affairs of TRNC, and if President Tatar is to give reference to the UN General Assembly resolution 1287, this reference will nullify all the past UN Security Council resolutions on Cyprus. The UN Security Council resolutions were adopted subject to the understanding of the legal status of the Turkish Cypriots as a minority which is legally wrong. A new page will open for the future of Cyprus if President of TRNC Ersin Tatar is to give reference to the General Assembly resolution 1287 of 1958 in the Geneva Talks.