Blinken’s statement on the dialogue with Russia is to defuse tension in Ukraine - British journalist | Eurasia Diary - ednews.net

The US Navy set off explosives next to its new aircraft carrier to see if the ship can handle the shock
Read: 270

Student held for threatening to kill classmates, bomb school campus in US
Read: 175 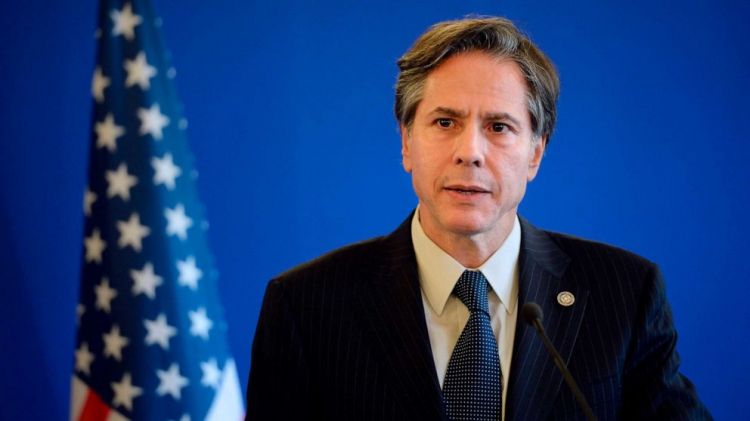 The US Secretary of State Antony Blinked said that Washington is ready to normalize bilateral relations with Russia.

In his speech, while commenting on the US-Russia summit, Blinken said that the open dialogue between Washington and Moscow is the only way to improve bilateral relations.

At the same time, the US top diplomat noted that Washington counts on "a more stable, predictable relationship" between the two nations.

Moreover, Blinken also added that the US is ready to respond if the Russian government continues to engage in aggressive or reckless actions.

He said that it is still unclear what the US will do in response to Russian aggression or for the promotion of cooperation with that country.

According to his opinion, the primary objective behind Blinken’s statement is to stress the necessity of dialogue with Russia on the elimination of tension in Ukraine.

“I believe that the statement by US Secretary of State Antony Blinken is well-founded. On 25 April, a senior Kremlin official signalled that US President Biden is ready to meet Russian President Putin as early as June in a 'third country'. Yuri Ushakov, Putin’s Foreign Policy Advisor, said on Russian TV that: “they are talking about June, there are even specific dates,” being considered for the meeting. The primary objective, naturally, would be to defuse the perilous situation over Russian involvement in Ukraine,” Watson said.

The British journalist pointed out that it is possible to normalize the US-Russian bilateral relations.

From his opinion, Moscow is more ready to engage in the dialogue in order to resolve problems in the diplomatic relations between two countries, as well as de-escalate the tension in Ukraine.

“I believe that a more stable US-Russian bilateral relationship is possible. Russian officials are said to have positively received Biden's suggestion for meaningful dialogue. Recently, Russian troops near the Ukrainian border have returned to their bases and civilian doctors have been allowed to visit jailed Russian opposition activist Alexei Navalny in jail,” he said.

“By the way, Russian President Putin is naturally very keen to de-escalate oppositional protests in his own country, and I believe that the US also wishes to reduce internal instability in Russia as the ramifications of a breakdown in society in Russia would be seismic,” he added.

Furthermore, Neil Watson stressed that the US-Russian confrontation over Ukraine in the future seems unlikely.

He said both Biden and Putin are experienced diplomats and know the way forward is ultimately cohabitation.

“I really feel that US-Russian clashes over Ukraine are very unlikely. To an extent, both sides have achieved their objectives. Putin has demonstrated his firepower on the international stage and Biden has realised that calling Putin a 'killer', although a popular comment in the west, is ultimately unconstructive. Both men are experienced diplomats and know the way forward is constructive cohabitation, if not complete understanding, and that is only achieved by dialogue,” he added.