Is there any possibility for Turkey and France to take common action in South Caucasus? - Experts comment | Eurasia Diary - ednews.net

Is there any possibility for Turkey and France to take common action in South Caucasus? - Experts comment 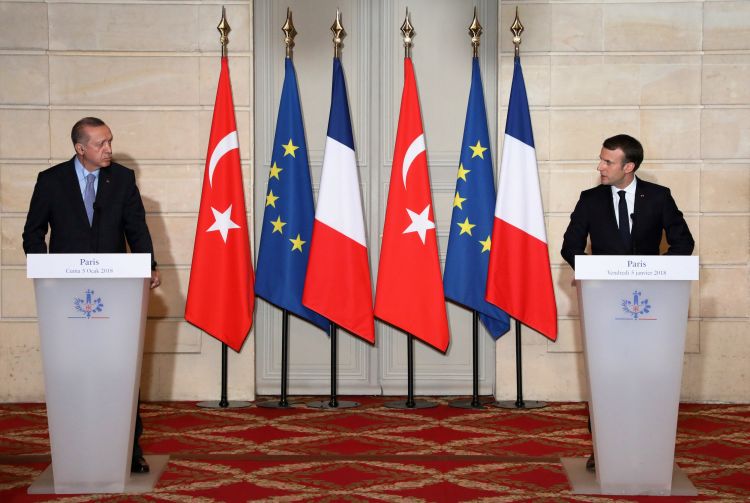 Turkey and France can act together in the issue of the restoration and strengthening of peace and stability in the South Caucasus, said Turkish Foreign minister Mevlut Cavusoglu.

In his exclusive statement to France Daily, Mevlut Cavusoglu said that Turkey and France are two friendly and allied countries, and they can share the same priorities on the arrangement of developments in the various regions, such as  Syria, Libya, Mediterranean and South Caucasus.

We know that relations between France and Turkey have gone through a period of tension. Neither Ankara, nor Paris has been able to share the common interests on many significant subjects connected to the regional issues.

Touching upon the tensions between Armenia and Azerbaijan, Cavusoglu said that Turkey and France can work together for the lasting peace in the region of the South Caucasus, which would benefit the prosperity of both Azerbaijani and Armenian people.

Top diplomat added that the Armenian extremists for long-term have been the main serious obstacle to the common activity of Turkey and France on the solution of problems and development of stability in the South Caucasus.

“If the unfounded claims of extremist Armenians could be prevented from taking Turkish-French relations hostage, the two countries could better contribute to the stability of the South Caucasus through their joint efforts,” Cavusoglu said.

It is interesting that, is there any possibility that Turkey and France could come to common understanding and share common interests on the strengthening of peace and stability in the South Caucasus?

According to Javid Valiyev, an expert on foreign policy at the Centre of Analysis of International Relations, the foreign policy of France in the Macron period is under the capture of the Armenia and Armenian Diaspora.

“The support of France to Armenia in Karabakh issue is against the principle of Minsk Group co-chairmanship and seriously disturbs Azerbaijan that faced last 30 years Armenian aggression,” he said.

Valiyev pointed out that Turkey expects France to side with justice and international law and to take the right step.

“Of course, if France follows a policy based on international law, justice and stability, it can work together with Turkey in the South Caucasus. Both states are NATO members. Today, the rivalry between France and Turkey stems from France and even from Makron's unfair policy. It is impossible to work in this way,” he noted.

Toucing upon France’s policy to the South Caucasus,  Engin Ozer , Turkish expert on international relations, said that France has a strong influence in Armenia and Georgia.

He noted that France also has productive diplomatic relations with Azerbaijan.

“Despite France seeming close to Armenia, Ankara and Baku can work together with Paris on many issues.  I can tell you that there are people representing the foreign policy of France want to see Azerbaijan as a strong country. Therefore, I think that both Azerbaijan and France can come to an agreement on some matters,” Ozer said.

“Leaders of Turkey and Azerbaijan shouldn’t follow the foreign policy toward France based on emotions. Otherwise, it would work in favor of the interests of Armenia,” he added.

According to Turkish expert, there are opportunities for Turkey and France to take steps together in some issues regarding the South Caucasus and other regions.

“Turkey and France have a history of empire. Both countries have long-term diplomatic relations. At the same time, Turks have a strong diaspora in France supporting the interests of Turkey. France has also investments in Turkey, and Paris has intention to continue putting the investments in our country. I believe that Turkey and France could come to common understanding on the issues of Eastern Mediterranean, Syria and Libya in the near future. By the way, Ankara and Paris could find common ways to work for peace and stability in the South Caucasus,” he added.