Ended conflict and endless intervention - Why does Lavrov raise the status issue? 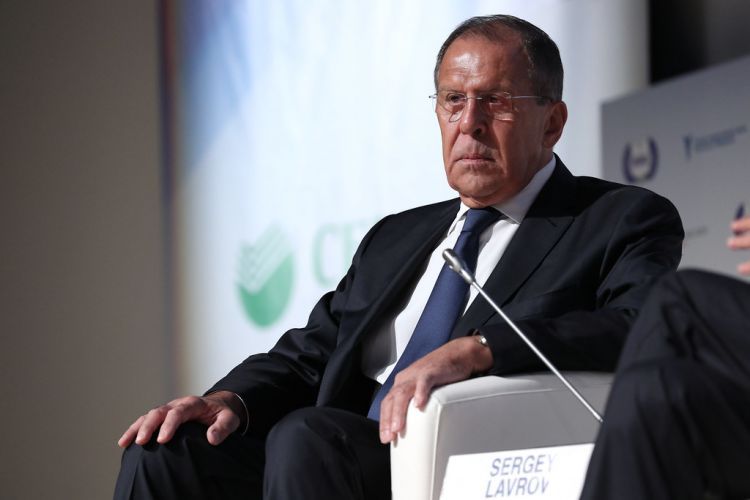 Russian Foreign Minister Sergey Lavrov made a speech at the Primakov Readings international forum in Moscow on June 7-8 regarding Russia’s role in modern international relations and regional conflicts.

In his speech, Lavrov touched upon - amongst different regional conflicts - the Nagorno-Karabakh issue, as well as the recent tension at the Azerbaijani-Armenian border. Responding to a question on the status of Nagorno-Karabakh, the top diplomat noted that the status issue can be resolved only with the consent of Armenia and Azerbaijan through the mediation of the OSCE Minsk Group co-chairs. However, he added that the status issue cannot be included in the agenda at the moment, and it should be discussed in the future.

Lavrov stressed the importance of resolving a number of serious problems before the status issue being determined. These problems are connected with the restoration of peace between Armenia and Azerbaijan, the resolution of humanitarian issues in the region, the demarcation of the state borders and the opening of communication between two neighbouring countries, and the most important issue is to ensure the coexistence of Azerbaijani and Armenian communities.

According to him, once these problems are fully resolved, it is possible to return to the status issue of Nagorno-Karabakh.

It should be noted that in his speeches, the President of the Republic of Azerbaijan Ilham Aliyev repeatedly stated that the status issue of Nagorno-Karabakh will never be discussed, the Karabakh conflict has been resolved and the problem is over.

In this case, why did Russian Foreign Minister raise the issue of status again? Doesn’t his statement contradict the position of Azerbaijan? What message did Lavrov want to address Baku and Yerevan in his speech?

Further to the clarification of this issue,  Aziz Alibeyli, an expert on international relations and the head of the Press Service of the Center for Social Research, made comments in his exclusive interview to Eurasia Diary. 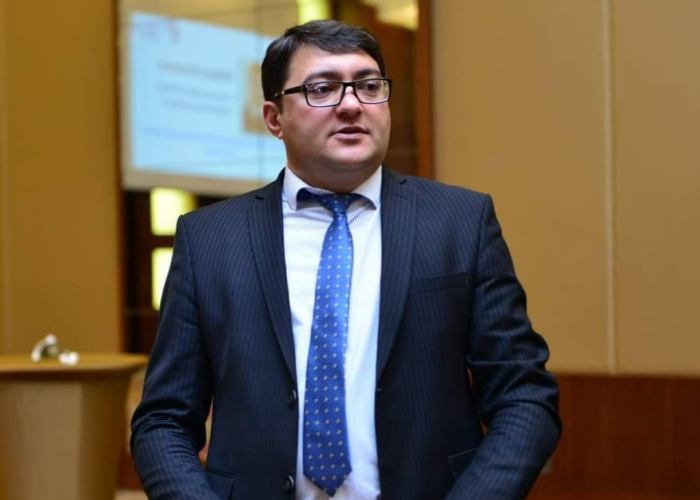 Touching upon the issue, Aziz Alibeyli said that it was pointless to raise the status issue of Nagorno-Karabakh again after the restoration of Azerbaijan's territorial integrity as a result of the Second Karabakh War.

" After the victory of Azerbaijani army, the status of Nagorno-Karabakh can no longer be on the agenda. The territorial integrity and sovereignty of our country have already been restored. In his speeches, the President noted more than once that the term of Nagorno-Karabakhno longer exists and the status issue cannot be discussed. This should be the new approach to the issue, "Alibeyli said.

"The President also understands that the Armenian side and other forces can use the status issue to cause the blow to the results of the agreements signed by Russia, Azerbaijan and Armenia on November10 and January 11.Our leader is trying to prevent this under no circumstances," he added.

According to Alibeyli, Sergey Lavrov's speech on Karabakh can be characterized as a positive view. However, the expert noted that Lavrov’s statement on the status is a direct message that Russia has the potential to use its power in the region. "It is positive that Lavrov touched upon the issue of opening communications in his speech on Karabakh. However, the top diplomat's statement on the status issue shows that Moscow has serious opportunity to impact Armenia and Azerbaijan. By sending a message to Azerbaijan, Sergey Lavrov wants to say that Moscow can raise the status issue of Nagorno-Karabakh again at any time. As for Armenia, Russia sometimes touches upon the issue of status in order to win the heart of Yerevan, "the expert said.

Alibeyli added that for Moscow, the status issue of Nagorno-Karabakh is necessary and it might raise this issue at any time.

At the same time, the expert called the steps to be taken to ensure peace between Armenia and Azerbaijan, the demarcation of borders between the two countries and the peaceful coexistence of the two communities’ a positive processes. He stressed that these processes will serve the interests of Azerbaijan.

In this regard, for the view of expert, Russia’s role in ensuring these processes is an important factor.

“Russia is an important factor at the root of every current process between Armenia and Azerbaijan. We see that other states, including Turkey, have less or no influence in the current processes. The Kremlin is doing its best to prevent other forces from interfering in the process. This means that the region is only in Moscow's sphere of strategic interests”.

"A number of important state-level meetings will be held in Brussels in the next week. This includes the Biden-Putin and Biden-Erdogan meetings. After the meetings in Brussels, Erdogan is expected to visit Baku and from there to Shusha. During this visit, Erdogan will address important messages. Therefore, Moscow is closely following these processes, and trying to show its presence in the region, "the expert concluded.