Why the economy could make or break Biden's presidency - ednews.net

Why the economy could make or break Biden's presidency 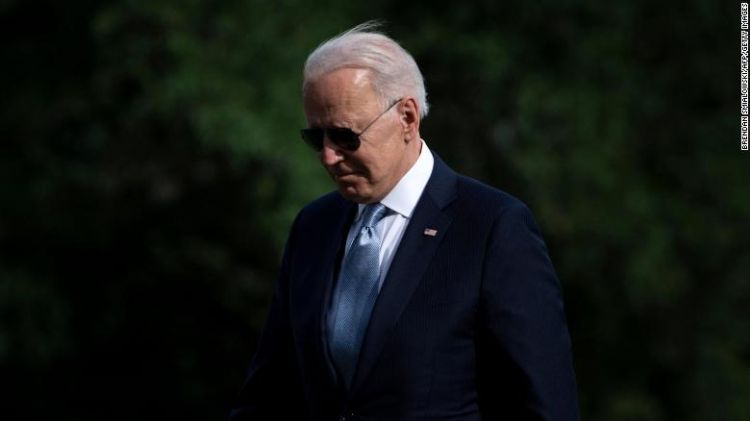 Former President Donald Trump broke the mold when it came to how the economy correlated with election outcomes. More people approved than disapproved of his economic performance, yet his party lost the House in 2018 and the Senate and presidency in 2020.

Now with President Joe Biden in the White House, it looks as though politics may be returning to a degree of normalcy. Americans' views on the economy could once again tell us who is going to hold congressional power after the midterms.

Recent polls show a high correlation with how voters feel about Biden's performance on the economy and how they intend to vote in the 2022 midterms. Polls from AP-NORC, Fox News and NPR/PBS NewsHour/Marist all have Biden's approval rating on the economy in the low 50s with a disapproval rating in the mid-to-high 40s. The average gap was about 4 points.

Polling also shows that Democrats have around a 4-point advantage over Republicans on the generic congressional ballot.

When you examine individual demographic groups, you see how closely the two questions are related.

A Quinnipiac University poll from May showed that Biden's net approval rating (approval - disapproval) on the economy differed from the margin on the generic congressional ballot by a median of just 4 points across more than a dozen demographic and political groups.

Right now, this puts Biden and the Democrats in a decent position. It's hardly a secure one, however. Things can certainly shift in the next year. (I'm betting on it.)

Additionally, a 4-point advantage on the generic ballot may not even be enough to hold on to the House given potential polling errors. Even if the current polling were perfect and held through the midterms, the upcoming redistricting process could possibly allow for Republicans to gain a majority in the House without improving their position in the national vote.

We shouldn't be too surprised that voters' views on Biden's economic standing and their political preferences ahead of 2022 are clearly correlated. Normally, when Americans like a president's economic performance, they are more likely to reward (or at least not punish) his party in the midterms.

George W. Bush in 2002 was the last president before Trump whom more voters approved than disapproved of on the economy in a midterm cycle. Bush's Republican Party in 2002 defied the history of a president's party losing seats in the midterm.

Before Bush in 2002, Bill Clinton's Democratic Party picked up seats in the 1998 midterm election. Again, many more voters approved than disapproved of Clinton's economic performance.

Bush (in 2006) and Clinton (in 1994) were far less fortunate in their other midterm election. Both of them saw their party's lose the House and the Senate. Both had disapproval ratings on the economy above their approval ratings.

Indeed, it is worth remarking how much of an outlier Trump was when it came to the economy and midterm elections.

Now, it wasn't the case that in all of these midterms that it was the economy that did the president's party in. The Watergate scandal, for instance, had a lot to do with the Republican Party's problems in 1974. Likewise, voter response to Bush's handling of 9/11 likely played a big role in how well Republicans did in 2002.

Still, it's clear that Trump broke the mold. Biden could break it too, but I'm less inclined to think he will.

One big reason why is the economy is simply rated as a more important issue now than it was in either 2018 or in 2020.

Put another way, there was a lot more going on than just the economy with Trump. Voters didn't judge Trump just on his economic record, but also on how they felt he was acting in the Oval Office. In Gallup polling, poor leadership consistently beat out the economy as one of the nation's most important problems during Trump's time in office.