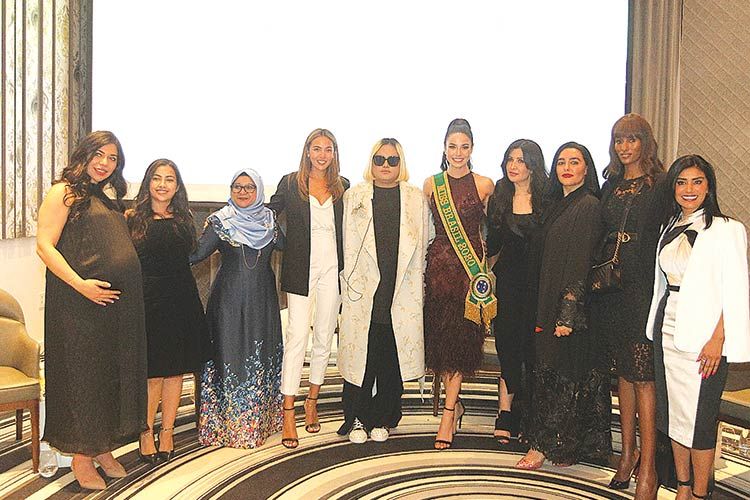 Women are already nation builders and sound investments towards education are an encouragement and would further catapult their contributions to what the world ought to be – livable at the least – and progressive.
According to United Nations High Commissioner for Refugees (UNHCR) Solidarity Circle member Zel Ali who promotes the “Aiming Higher Education Advocacy” of the international agency, the battle or the efforts should not be about egalitarianism — since both genders — men and women — were created equal in the first place and therefore are “already equal.”
Ali told Gulf Today: “Women basically believe that they are led by men. But personally, I feel that it is the women that are leading the men. The woman is the homemaker. She is the society maker, the rule maker. She instils respect in her children. She is also educating at home every day.”
“So they are the ones that I believe we need to invest in. Which means even in schools, they should be invested in, encouraged and given the confidence. No, it is not about making women equal to men. It is not about that. They are already equal. It is how to make them become better. Women are multi-taskers. Today, in this COVID-19, the world needs multi-taskers. To be able to work from home, imagine the corporate lady, how she manages the home, her work and her children in the same environment. I believe there is no one who could do it much better than a woman,” she added.
“So invest in women, encourage women, motivate women because they are building the world,” Ali continued.
She hailed the increasing number of women diplomats and representatives to regional and international platforms from the developing nations: “Look at Afghanistan and Bangladesh, and other Third World countries. Who are they putting out there as ambassadors, as representatives? They are women. So how is it that women are far behind? No. I believe we must be seen more.”
Known for her strong passion and support for children’s welfare by way of education in South Asia and elsewhere, Ali was among nine women panellists at the recent launch of the #United Talks Series of the Dubai-based glossy fashion magazine “Xpedition Middle East” held at the SLS Hotel & Residences.
Topic was “The Role of Women in the Success of a Nation” hinged on the UNHCR global project “Aiming Higher Education Advocacy” that aims to help the refugee youth, who dwell in camps, pursue university education through individual or corporate sponsorships.
Ali mentioned on the sidelines that of the 82 million refugees around the world, 42 per cent or 34,440,000 are children and only three per cent or 1,033,200 are able to study: “We spread the word and encourage about giving education to the refugee youth or the kids in refugee camps who may be given another chance in life in another country. But if they do not have a degree, what would happen to them if they live in another country or back in their country. They would (remain at the bottom of the society).
(The global project) is giving security to the young refugee girl and boy. This is giving education to a young man who needs to find a job, who is going to marry, build a family who must give education to his children.”
From the discussion and on the Gulf Today question regarding nation-building, Maldives Ambassador Aminah Shabeena, among the seven lady ambassadors to the UAE, said women of influence have a bigger role to play in making future generations less prejudicial and become the people behind nation-building. First Emirati woman hotel general manager in Dubai Sharihan Al Mashary said one’s knowledge and skills set are tools to nation-building.
Separately, Saeed Mohammed Al Tayer, MD and CEO of Dubai Electricity and Water Authority (Dewa), recently received Dr Fatima Al Falasi, Director-General of Dubai Women’s Association, and Mona Al Suwaidi, Principal of the Office of Dubai Women’s Association.
Al Tayer praised the association’s efforts to consolidate solidarity and social cohesion and promote the noble values of Emirati society. He underlined Dewa’s support to all national efforts to raise awareness on emerging developments and uphold tolerance, respect, cohesion, modesty and loyalty towards the nation.