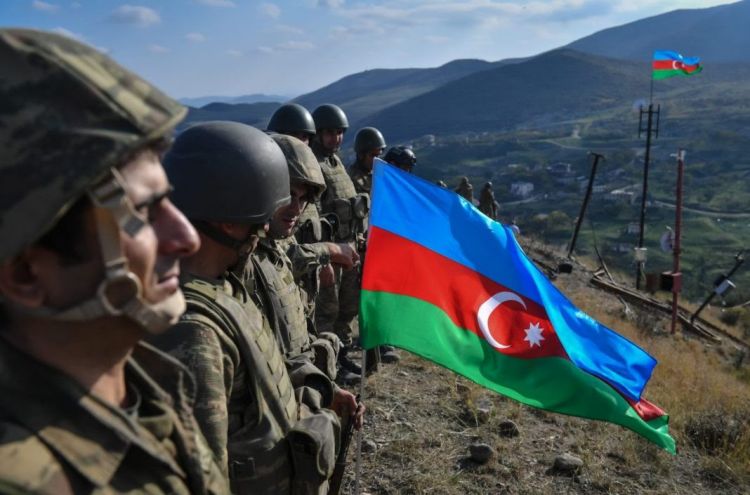 Article was written by Robert Cutler, Fellow at the Canadian Affairs Institute.

Developments in the South Caucasus continue to race ahead of Europe’s understanding of them. By the time an event has been noticed, recognized, digested, and interpreted (whether correctly or incorrectly), other events have followed in a wave that necessitates the revision of any understanding already reached. What is necessary is the ability to recognize new patterns, rather than to project old patterns upon new events. The present article reviews developments since the beginning of October, in order to make sense of this situation that is unfolding, and which is new again almost every day.

The most unmistakable, indeed perhaps the most widely commented, development at the beginning of this month was Iran’s demonstrative military exercises on the border with Azerbaijan where the newly de-occupied territories are located. Iran had never held such exercises when they were occupied by Armenian armed forces. Why now?

One reason is that the Islamic Revolutionary Guard Corps (IRGC) is unhappy with the results of the Second Karabakh War. One result of the war, for example, is the closure of Iran’s drug-trafficking route through the formerly occupied territories and Armenia to Europe. According to the ninth point of the November 10, 2020, ceasefire accord agreed between Azerbaijan and Armenia through Russian mediation, “The Border Guard Service of the Russian Federal Security Service (FSB) shall be responsible for overseeing [such] transport connections.” Absent Russian connivance, such a presence would definitely close that major IRGC drug-smuggling route.

This drug trade could also be the reason why Iran opposes the creation of the Zangezur corridor between Nakhchivan and the body of Azerbaijan proper. The presence of Russian forces on the Armenia-Iran border would likewise threaten a total cut-off of this major route through Armenia, by which the IRGC has smuggled drugs to Europe for 30 years. The profits from this drug trade have gone, among other places, to the financing of terrorist organizations and groups in other countries that the IRGC controls. Hezbollah, for example, has already shifted its drug smuggling to a route using the important Lebanese diaspora in West Africa.

Iran also pretends that its displeasure concerns Azeri cooperation with Israel; however, that is an excuse, because it is really about Turkey. The Lebanese Shi’ite scholar Sheikh Subhi Tufayli has said, in a broadcast interview, that the new Iranian foreign minister Hossein Amir-Abdollahian told him that Iran wants “to sever Turkey’s ties with the rest of Turkish states” and therefore supports the Armenians “so that there is a barrier in front of Turkey.” Tehran cynically manipulates the Israel issue in the South Caucasus as it does everywhere else.

In addition, according to Zahid Oruj, a member of the Milli Mejlis (Azerbaijani National Assembly), more than 25 Iranian banks and 400 companies used the Armenian-occupied territories to evade international sanctions.

Yet the unfreezing of relations between Armenia and Azerbaijan continues. At the beginning of October, the head of Armenia’s Security Council declared his country’s readiness “to move forward and begin the process of demarcation and delimitation” of the border with Azerbaijan, “mediated by Russia.” In early October, the two countries agreed to open each other’s airspace for civilian flights operationally. Indeed, the first flight from Azerbaijan proper to Nakhchivan took place, by coincidence, on the very day after Iran announced the closure of its own airspace to Azeri aircraft.

In a related development, Georgia is becoming a leading mediator between Armenia and Azerbaijan. Its prime minister, Irakli Garibashvili, has met with Armenia’s prime minister Nikol Pashinyan and Azerbaijan’s President Ilham Aliyev several times. At the opening of the UN General Assembly sessions in New York at the end of September. Garibashvili proposed his “Peaceful Neighborhood Initiative” (PNI) with a “3+2” format (the three South Caucasus countries plus the EU and US). This appears as an non-exclusive alternative to the “Six-way Platform” (with Iran, Russia, and Turkey instead of the US and EU; also called “3+3”), which has not yet got very far.

According to Garibashvili, the PNI would be designed to take into account “regional issues of common interest with our US and EU partners” in the “implementation of practical solutions” through “dialogue and confidence-building.” This characterization implies that it is intended not only, or even mainly, as an intergovernmental or transgovernmental forum (as the concept of the six-way platform appears to be). Rather, the PNI would complement other forums, including the important trilateral consultations among Armenia, Azerbaijan, and Russia, insofar as these may continue in the face of repeated Armenian hesitations.

The last new developments that need to be noticed are parallel at the Parliamentary Assembly of the Council of Europe (PACE) and the International Court of Justice (ICJ). The filings at the ICJ, by Armenia against Azerbaijan and by Azerbaijan against Armenia, with reference to the International Convention on the Elimination of All Forms of Racial Discrimination (CERD), and some of the charges that they contain, have received a fair amount of publicity.

For example, Azerbaijan states that Armenia violates CERD by “refus[ing] to provide comprehensive and accurate maps of the hundreds of thousands of landmines it planted in Azerbaijan’s territory.” Armenia is reduced to arguing that it has no obligation to hand over maps of minefields that it laid in the Azeri territories that it occupied for 30 years. Yet Armenia’s refusal to do so is preventing 700,000 Azeris, ethnically cleansed by the armed forces of the Republic of Armenia (as established in 2015 by the European Court of Human Rights), from returning to where their homes used to stand.

The ICJ cases will take years to hear and decide; nevertheless, they will be of fundamental significance. By contrast, the developments at PACE are likely to have significant effects sooner, yet they have been comparatively overlooked. PACE has issued a report (rapporteur, Paul Gavan) focusing on the humanitarian consequences of the conflict. Notably, it “recommends that Armenia and Azerbaijan allow UNESCO unlimited access to all cultural heritage sites in both countries to assess the damage and assess the steps necessary to safeguard what remains.”

Such an even-handed approach will overcome the inordinate publicity given to the alleged shelling of a cathedral in Shusha by Azeri forces during the war, and balance it by an inventory of Armenian destruction of Azeri cultural heritage, beginning with the destruction of 16 out of 17 mosques in Shusha and the “re-branding” of the seventeenth as “Persian” (with Iranian architectural participation). There is photographic evidence of other mosques elsewhere having been transformed into pigsties. It is necessary that UNESCO should be allowed to document those and other violations of the law of occupation by Armenian armed forces, as well as any by the Azeri side. Only then will the financial costs of the destruction be able to be determined. One may expect that these financial questions will also eventually reach international courts.

To summarize the most recent developments: Iran is a loser and is being nasty about it. Georgia is making constructive attempts to complement existing multilateral initiatives with an approach to conflict-resolution that remains, however, to be further specified in public statements. And warfare in the South Caucasus is being converted to lawfare. To paraphrase the famous misquotation of Winston Churchill, at least “law, law is better than war, war.” (The correct original quotation is, “Meeting jaw to jaw is better than war.”)