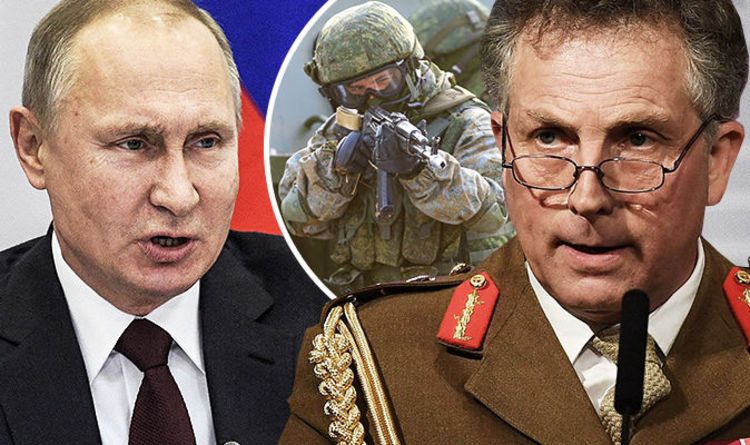 Russia's military activities in Eastern Europe have become extremely irritating to the West. Both tensions on Ukraine's borders and recent incidents on the Belarusian-Polish border over refugees, which Europe has described as a Russian scenario, have angered the West.

Yesterday, the British army general, Nick Carter, said that a new war against Russia was imminent.

"Britain must be ready for war with Russia," he said. He noted that Russia has become a major threat in Eastern Europe, but Russia does not realise it will lead to a hot war against the West.

According to the army general, Russia ignited the flames of war eight years ago during the policy of aggression in Eastern Europe.

"We would not want to go to war with Russia, but they do not realize that the country is on the brink of war. I think NATO forces must be ready for that. "

He also touched upon the refugee problems between Belarus and Poland. He called the incident a Russian scenario against Europe.

Speaking to EDNews.net, British journalist Neil Watson first touched upon the current relations between the parties, as well as the probability of a real war.

"I would like to note that both sides are currently showing off muscle to each other. But I can say with confidence that Britain is completely against war. Because the people's protests and the government's ability to roll into a crisis are at the forefront. As you know, the long-running pandemic in the country has put both the economy and the social situation in critical condition. On top of that, Britain's preparations for a new war do not seem logical. "

The journalist also approached the issue through the viewpoint of foreign policy.

Neil Watson also noted the dangerous nuances that can be expected from the Russian side in the event of war.

"Britain suspects Russia of having secret nuclear weapons in Siberia. This can be considered a great threat to the whole of Europe. Going to war with Russia without fully studying it can be a deadly step. Britain understands this very well. I think no matter how enthusiast the state authorities are about the war, mass protests will not allow it".