US policy on Asia is to counter and contain China - Expert - ednews.net

US policy on Asia is to counter and contain China - Expert 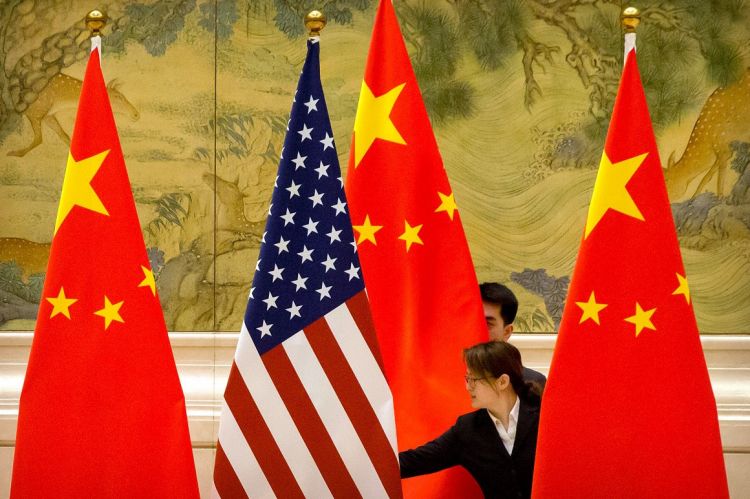 The US Secretary of State Antony Blinken criticized China’s aggressive policies in Asia while he stressed the importance of the plans to integrate US allies and security partners in Eurasian region.

During a key policy speech in Jakarta on Tuesday, Blinken said that the Biden administration didn’t want conflict in Asia, and would ensure competition with China doesn’t veer into a “catastrophic” conflict.

Blinken also touched upon the security strategy of the United States in Asia.

We’ll adopt a strategy that more closely weaves together all our instruments of national power - diplomacy, military, intelligence — with those of our allies and partners,” Blinken said

Blinken’s statements mean that Washington is interested in playing a positive role in the solution of conflicts in Asia, at the same time it rejects the competition with China turning in the wide-range conflict.

However, speaking to Eurasia Diary,  Dr Mehmood Ul Hasan Khan, expert on Eurasian studies, believes the main policy of the United States on Asia is to contain the expansion of China’s political and economic power in the region.

According to him, the US’s position on any strategic partnership is directed to cause damages to the activities of China in the international arena.

“Frankly speaking, being a prominent regional geopolitical expert I doubt it because there has been dichotomy, contradiction and conspiratorial conduct of the US in the past. Its perpetual China Containment Policy is the prime example of power politics. Most recent formation of the AUKUS Security Deal consisting of Australia, UK and US is also meant to counter China activities. US policies in the South China Sea all speak to the height of power politics in the Asia Pacific Region,”  Ul-Hasan said.

Referring to the role of the US in the solution of regional conflicts, Pakistani expert underscored that Washington does not want to see the solution of serious problems, which are connected with security and economic development, in the region of Asia. The White House has only an aim to gather Asian countries under its umbrella to counter China.

“Even take the example of the burning issue of Kashmir and even Afghanistan which has been neglected by the US for so many years. Thus it seems that the US intentionally does not want to resolve serious problems in Asia because of China's containment policy and its strategic partnership with India. The US is only maintaining and supporting the status quo in Asia. Moreover, US prolonged trade, technological and tariff tussle has not yet been resolved. It seems that the US is now in search of a new ally in the shape of Indonesia from ASEAN to counter China which would not be a smart move,” he said.

He also added that the US is trying to increase the close ties with all Central Asian Countries for security, energy and geo-strategic reasons.

“US policy of Eurasia is based on to counter heavy presence of China in the CIS. It is worth noting that China and Russia, even Turkey are playing productive role in the CIS. But, US’s role in the CIS is on the decline because of Chinese BRI, SCO, and last but not least, military partnership of the CIS with Russia,” he stressed.

“US policy on Asia is crystal clear and it has been institutionalized to counter and contain China through having long term strategic partnership with India, Australia and many other countries. The US has wasted more than 20 years in Afghanistan to contain China’s geopolitical and geostrategic re-approachment beyond Afghanistan especially in Central Asia and beyond,” he added.