Moscow declaration sounds favourable for Baku - Is it possible to rely on Russia though? - ednews.net

Moscow declaration sounds favourable for Baku - Is it possible to rely on Russia though? 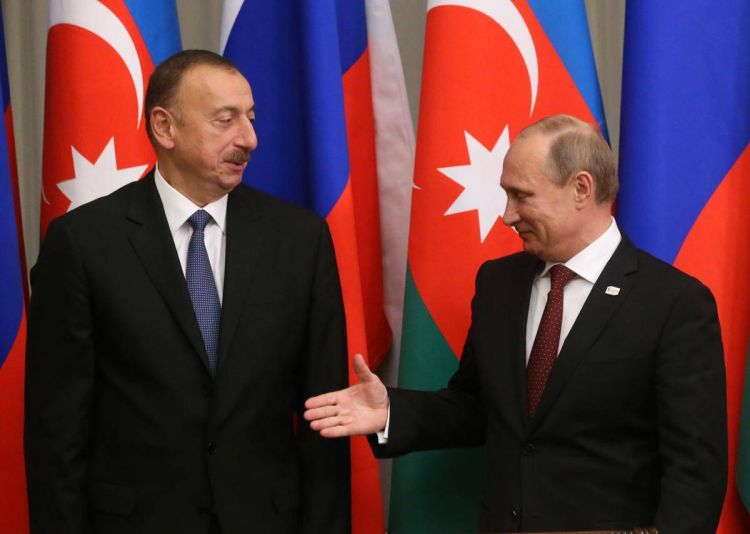 Yesterday, during the visit of the President of the Republic of Azerbaijan Ilham Aliyev to Moscow, a multifaceted declaration of alliance was signed between Azerbaijan and Russia. The document, which will serve to strengthen relations between the two countries, contains 43 articles of great political, economic and strategic importance for Azerbaijan. The declaration also contains agreements contained in all strategic documents signed so far to develop cooperation between Azerbaijan and Russia. One of the most important points is that this declaration also includes articles on the Karabakh issue.

First of all, let's look at the questionable clauses of the declaration concerning Karabakh.

In the first paragraph, the parties speak of mutual respect for each other's independence, state sovereignty, territorial integrity and inviolability of state borders, as well as non-interference in their internal affairs.

Russia's emphasis on the inviolability of Azerbaijan's sovereignty and integrity, and the fact that official Baku uses this clause to accept that the fight against the separatist-terrorist regime that still exists in Khankendi is an internal problem, underscores the importance of this clause.

As for the tenth point, it is said that the parties will cooperate in establishing a lasting peace between the countries of the region.

In addition, based on these two points, Baku is committed to the withdrawal of Armenian troops from Karabakh (paragraph 4), the return of Azerbaijanis to Armenian-populated areas (paragraph 7), the opening of communications, delimitation and demarcation of the border and, consequently, it can get support from Russia for the signing of a peace agreement.

Finally, in Article 18, the parties join forces in the fight against the threat of international terrorism, extremism and separatism. That is, in fact, joint military operations of the Azerbaijani army and Russian peacekeepers.

According to the declaration, Russia respects the sovereignty of Azerbaijan and, according to the logic of this paragraph, must accept the so-called regime in Karabakh as a threat of separatism. In short, Baku can use this agreement to overthrow the separatist-terrorist regime.

Is the document signed by Russia just a word on paper, or does it really mean leaving the South Caucasus alone with its sovereignty, which has been of a difficult step for Russia to take over the past three centuries?

To learn more about the nature and implementation of the declaration's clauses, Ednews learnt the views of political expert Samir Humbatov, head of the Centre for International Relations and Diplomatic Studies.

"First of all, I would like to talk about the benefits of this declaration for both Azerbaijan and Russia. There are very detailed descriptions of the clauses, and there are clauses that need special emphasis. Concerning the paragraph 1, it refers to the independence, sovereignty, territorial integrity and inviolability of state borders of the two sides. Of course, this item can be of great importance for Azerbaijan. However, the main issue is Russia's approach to the terms of the declaration. Noting that a similar Budapest Memorandum on security assurances in 1994 had been signed between Russia and Ukraine in Hungary. However, 20 years later, in 2014, Russia violated the treaty by undermining Ukraine's territorial integrity and annexing Crimea. Moreover, Russia began to pursue its expansionist policy there, assisting separatist groups in Ukraine. This is the first aspect of Russia's attitude to the terms of the agreement. The second is the approach by Russia to the territorial integrity of Azerbaijan, while there are separatist-terrorist forces that still maintain in Khankendi. Although the agreement was signed between the parties, the fact that Russia still ignores the evidence that these forces remain in Khankendi and does not take any practical steps in this regard is obviously a threat to the territorial integrity of Azerbaijan," he said.

Samir Humbatov also commented on Article 18 of the declaration signed between the parties. First of all, he noted the problematic aspects of Russian-Azerbaijani military cooperation.

"The problems in the Azerbaijani army today are, first of all, the presence of servicemen and groups associated with Russia who study there," he said.

"I think that in general, holding joint military exercises between Russia and the Azerbaijani army can not be so useful for the Azerbaijani side. Because at present, the Azerbaijani side is conducting military exercises with the Turkish army, and the effectiveness of holding it jointly with Russia seems somewhat obscure. It is necessary to pay attention to the nuance that today our servicemen studying in Russia have more privileges in our army and they do not take the position of Azerbaijan very seriously. For this reason, both paragraphs 13 and 18 must be given serious consideration.

As for the strict observance of the terms of the declaration, Russia's approach to the clauses will play a significant role hereafter."