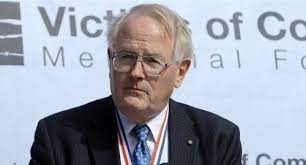 During the last 12 months, Moscow’s repression of Jehovah’s Witnesses which took off when Putin’s Supreme Court declared them an extremist organization in April 2017 spread and intensified, with cases brought in more regions, longer sentences on believers imposed, and more raids on members of the denomination conducted.
Seventy-seven more Jehovah’s Witnesses were charged or convicted of engaging in extremist activities, bringing the total number to 674. Prosecutors brought criminal charges in two more federal subjects during 2022, raising that total to 72 over the last five years.
During 2022 alone, 121 Jehovah’s Witnesses were convicted, of whom 57 are now appealing these decisions. According to Jehoavh’s Witnesses organizations, 108  have already appealed and the sentences have remained in place, in most cases without any change in the nature and length of sentence.
In the last year, 45 Witnesses were sentenced to serve time behind bars, up from 32 a year before. The average sentence also increases year on year from five years to five years, six months. In three cases, courts of first instance found Witnesses innocent, but two of these have been reversed by appellate courts.
As of this month, there are 115 Jehovah’s Witnesses in preliminary detention facilities, up from 76 in 2021, 44 in 2020, and 44 in 2019. And during the last 12 months, there were 200 searches of Jehovah’s Witnesses’ residences in 39 different locations in Russia.