Azerbaijan won't come to an agreement on Russia’s conditions - Expert comments on the processes in the South Caucasus - ednews.net 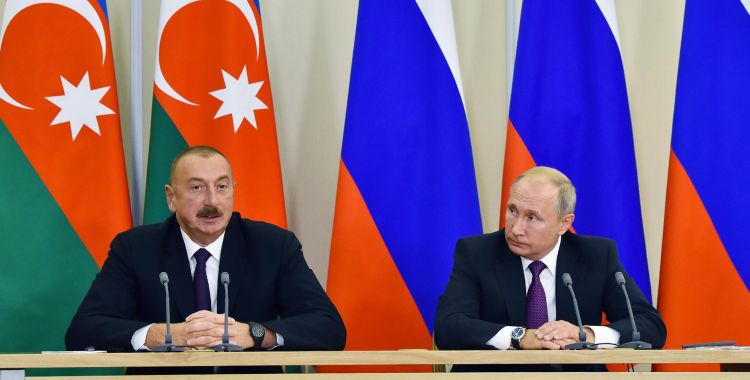 In the year of 2023 it could be expected to steer a series of important measures for the stabilization of the political situation and the restoration of peace in Karabakh.

According to the opinion of some experts, Azerbaijan will not have an intention to sustain its patience, on the contrary Baku will be even more determined and decisive to eliminate all problems and threats in Karabakh.

At the same time, there are some speculations over the possibility of resolving all problems in Karabakh in the framework of the Baku-Moscow dialogue.

Clarifying this issue, in his comments to Eurasia Diary political expert Alimusa Ibrahimov noted that it was not easy and possible to settle all difficult problems brought about by Armenian separatists in Karabakh thirty years ago.

“Last year, as a result of promoting successful diplomacy, Azerbaijan could achieve certain advantages and profits in the course of solving such problems. The disarmament of the illegal Armenian armed forces in our territories, where Russian peacekeeping contingent is temporarily stationed, the signing of peace treaty between Azerbaijan and Armenia, as well as the restoration of full control over the Karabakh economic zone are taken into consideration as important issues in our strategic agenda. Of course, it should be also taken into account that Azerbaijan is subjected to the certain difficulties in the solution of problems we have listed above. The main reason for that, international powers, especially Russia, USA and France are setting off obstacles and challenges to our attempts towards the establishment of peace, tranquility and stability in the region. However no one can stop us and these issues are always in the attention of the country's leadership”.

Expert also commented on the possible negotiations to be held in the framework of the Baku-Moscow dialogue.

“I regard that within the framework of the bilateral dialogue, Baku and Moscow could come to a common agreement on the certain issues over Karabakh, and it is also possible to assume the joint works in the elimination of all threats. However, there is one issue of getting Armenia to accept what Moscow and Baku agree on. Moscow has to enhance its pressure on Yerevan”.

Alimusa Ibrahimov stressed that Moscow could put forward the conditions to Baku in the bilateral negotiations in return for the implementation of our country’s requirements.

“Moscow could put forward his conditions to the officials of Azerbaijan in order to maintain its geostrategic influence in the South Caucasus. Rising up the issue of the so-called status of Karabakh in the agenda, increasing the period of its armed forces in our territories, as well as calling on our country to join the Eurasian Union and CSTO are main priorities of the Kremlin’s regional policy.  Of course, Azerbaijan will not agree on Russia's conditions and will reject them. The leadership of our country will neither agree on the extension of the term of the Russian peacekeeping forces, nor join the Eurasian Union and CSTO. There will be no negotiations over these issues”.