Russian scientists have found a major weakness of the coronavirus
Read: 823

The first stage of tactical exercises continues with the participation of units of the Land Forces - VIDEO
Read: 717

The strikes near Damascus and in Homs killed six civilians, including three children. 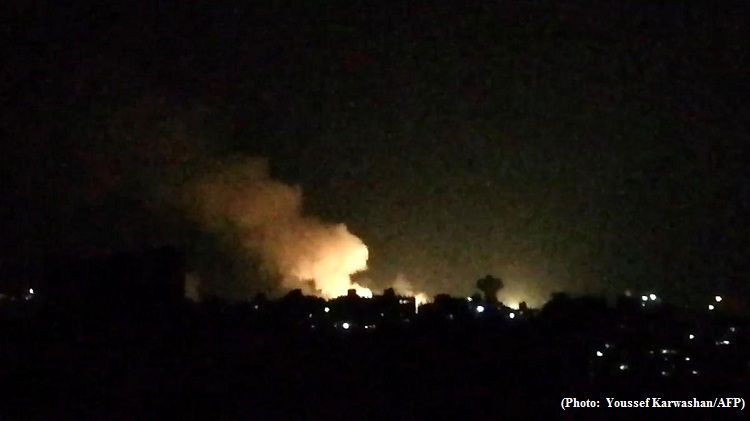 "The latest heinous Israeli aggression falls within the framework of ongoing Israeli attempts to prolong the crisis in Syria," it added.

It was not immediately clear if the civilians died in the strikes or in their aftermath, it added.

Syria's foreign ministry filed a complaint to the United Nations Security Council over the attack, demanding accountability, according to Sana.

It said Israel's "dangerous and hostile" actions would not have been possible without the support of its ally the United States, which protects it in the Security Council.

The strikes hit several Iranian positions near Damascus, and also targeted a research centre and a military airport west of the city of Homs where the Lebanese Shiite movement Hezbollah and Iranians are deployed, the Observatory said.

One of the pro-regime fighters killed was Syrian, while the rest were of other nationalities, Observatory chief Rami Abdel Rahman said.