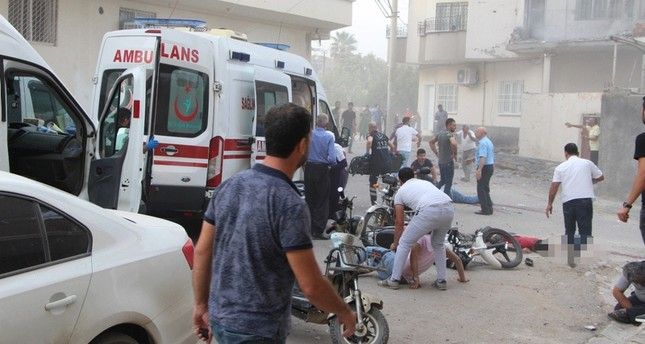 A total of 10 civilians have been killed and dozens more wounded in mortar attacks launched by the People's Protection Units (YPG) on civilian areas in southeastern Turkey's Mardin and Şanlıurfa provinces on Friday, Daily Sabah reports.

In a single attack on the Nusaybin district of southeastern Turkey's Mardin, the PKK's Syrian offshoot YPG killed eight civilians and wounded at least 35 others on Friday evening, the local governor's office said.