III ANIMAFILM ANNOUNCES THE PARTICIPANTS OF THE COMPETITION PROGRAM
Read: 349

The Western bloc faces dilemma over supporting longtime ally or 'militia force' that is no longer useful, says the Times 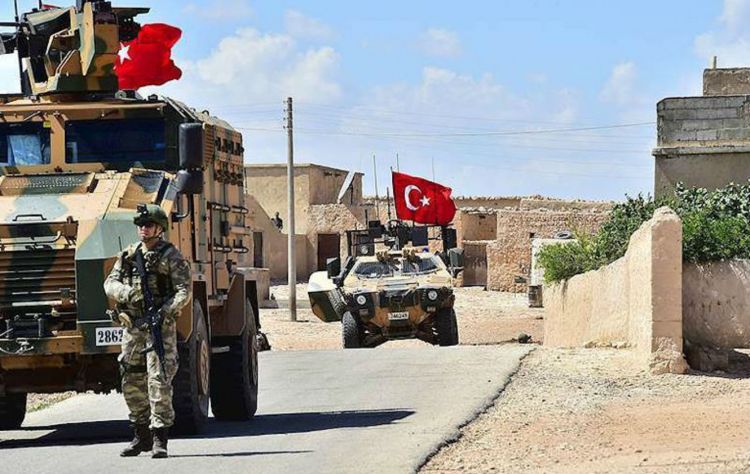 After Turkey launched an anti-terrorist operation into northern Syria last week, the Western bloc faces a dilemma on whether to support a longtime NATO ally or a “militia force” that is no longer useful, according to an analysis by British daily the Times.
“Turkey’s military incursion into Syria’s long war is spreading confusion and dismay in an already fracturing western alliance,” argued “The Times view on Turkey’s march into Syria: Europe’s Dilemma,” the daily’s leading editorial on Tuesday.
The piece says Turkey’s Operation Peace Spring, which started with “America’s rash withdrawal from Syria […] has framed an increasingly bloody dilemma: whether to support an ally with one of the largest armies in Nato and real geopolitical weight or a militia force that played a significant role in the crushing of Islamic State [Daesh] but which may have largely outlived its usefulness.”
The “militia” mentioned by the Times is the terrorist YPG/PKK, the target of Turkey’s current anti-terrorist operation.
Until some 10 days ago, the U.S. had allied with the YPG/PKK against Daesh, against Turkish objections that using one terrorist group to fight another made no sense.
On Oct. 6, U.S. President Donald Trump ordered the withdrawal of all U.S. troops from Syria’s northern border with Turkey, effectively cutting ties with the YPG/PKK, and removing a barrier to Turkey’s anti-terror operation.
The Times piece continued: “Europe is squirming as it tries to find a position that satisfies Turkey yet keeps its conscience clean.”
“Its demand for an immediate cessation of fighting [by Turkey] is unlikely to be heeded,” it said.
The article cited remarks by Spanish Foreign Minister Josep Borrell -- also the EU’s incoming foreign policy chief, as of Nov. 1 -- on how hard it would be to stop Turkey’s operation.
“We don’t have magic powers” to stop the Turks, Borrell was quoted as saying."
‘Turkey should be encouraged to stay in NATO’
Mentioning how some EU members have halted arms sales to Turkey, the piece also stressed that Turkey must be encouraged to remain a member of the NATO alliance.
“Yet the EU, as it embraces a limited arms embargo, should consider the pivotal position of Ankara. Refusing to supply arms to a Nato ally is likely to nudge it even deeper into a relationship with Moscow,” it argued.
“As Mr Erdogan warned recently, he has the capacity to release many of the 3.7 million Syrian refugees in Turkey into Europe. One of his promises was to turn a supposed safe zone in Syria into a resettlement area for those refugees.
“For many solid reasons Turkey should be encouraged to remain within Nato and to accept the responsibilities of membership. A free-floating Turkey aligned with Russia and Iran would pose a grave challenge to the West.”
On Daesh prisoners in northern Syria -- one concern raised about Turkey’s operation -- the Times said Turkey “should take over” supervising Daesh detention camps since the detainees’ escape could lead to a resurgence of Daesh.
Turkey on Oct. 9 launched Operation Peace Spring to eliminate terrorists from northern Syria in order to secure Turkey’s borders, aid in the safe return of Syrian refugees, and ensure Syria’s territorial integrity.
Ankara wants to clear northern Syria east of the Euphrates River of the terrorist PKK and its Syrian offshoot, the PYD/YPG.
In its more than 30-year terror campaign against Turkey, the PKK -- listed as a terrorist organization by Turkey, the U.S. and the European Union -- has been responsible for deaths of 40,000 people, including women, children and infants.