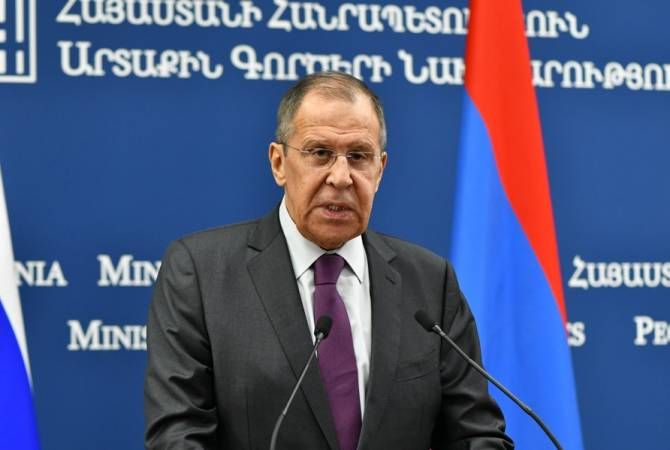 Russian Foreign Minister Sergey Lavrov said in the joint press conference that there can be no solution to the Nagorno Karabakh issue without the consent of the people of the region, Eurasia Diary reports citing Armenia's armradio.
Asked about Russia’s stance on Karabkh’s return to the negotiating table, Lavrov said “it’s up to the parties to agree on and determine the participants of the negotiations.”
“At the early stage of consultations and subsequent negotiations on the Nagorno-Karabakh settlement, when hostilities stopped, Nagorno-Karabakh was a party to the relevant agreements and related negotiations that began after the ceasefire. At some stage, the Armenian leadership, one of the previous presidents, decided that Yerevan would represent the interests of Nagorno-Karabakh,” he said.
The Russian Foreign Minister noted that as a Minsk Group co-chairing country, Russia will pursue that the peace process moves in the right diction.
“It’s clear to all that it will be impossible to draw up any agreement without the consent of the people of Nagrono Karabakh. Armenia will simply not sign it,” Lavrov stated.
Recalling Prime Minister Nikol Pahsinyan’s statement that the final agreements should meet the interest of Armenia, Karabakh and Azerbaijan, the Russian Foreign Minister said “it’s hard to argue with this.”
Lavrov added that the principles of territorial integrity, the right to self-determination and non-use of force or the threat of force are enshrined in absolutely all documents discussed between the parties.
“The final solution should take not of all these principles,” he stated.