Unknown fighter jets tried to attack the Russian air base in Syria
Read: 1106

'We have no secret' - Putin reveals he informed Medvedev about government resignation
Read: 570

After returning from Khojaly, I started drinking... - British journalist: We sympathized with the Armenians
Read: 381 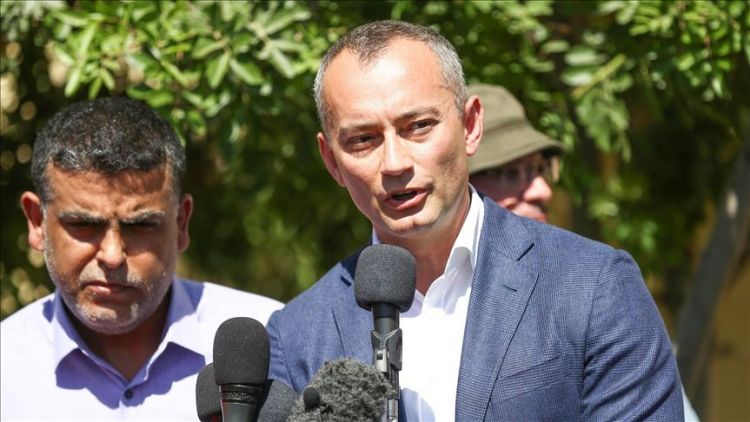 The UN's special coordinator for the Middle East peace process on Monday stressed the need for a political solution in Gaza to provide unity and security in the city, Eurasia Diary reports citing AP.
Nickolay Mladenov shared photos on Twitter of his visit to one of 70 farms that have received solar panels to generate electricity through a Netherlands-funded UN Food and Agriculture Organization (FAO) project.
“Urgent aid may have averted an escalation in Gaza,” Mladenov said.
But he noted that “Gaza requires a political solution that lifts the closures, builds unity and ensures security for all.”
Nearly 270 protesters have been martyred and thousands more wounded by Israeli forces at areas near the security fence with Gaza since rallies began in March 2018.
Demonstrators are demanding an end to Israel’s 12-year-old blockade of the Gaza Strip, which has shattered the coastal enclave’s economy, deprived its 2 million inhabitants of free movement in and out of Gaza and blocked supplies of many basic amenities.