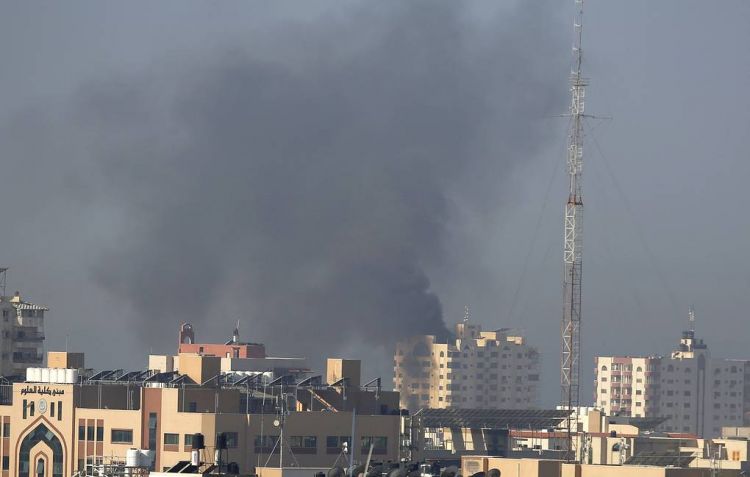 At least 13 Palestinians have been killed since Tuesday in Israel’s attacks on the Gaza Strip, Eurasia Diary reports citing Tass.

According to the TV channel, a Gaza Strip resident was killed after Israeli aircraft had attacked a motorbike in the Zeitoun district in the south of the coastal enclave. The Health Ministry of the Gaza Strip earlier reported that 12 people had been killed and 50 had been injured.
Palestinian groups and Israel’s military have been exchanging strikes for the past two days after a commander of the Al-Quds Brigades armed wing of the Palestinian Islamic Jihad, 42-year-old Baha Abu al-Ata, was killed, along with his wife, in a strike on the Gaza Strip. In addition, five people, including their four children, were injured. About 250 missiles and mortar rounds have been fired on Israeli territory from Gaza since then. The shelling still continues with short breaks, and the Israeli Air Force is carrying out mass attacks on military installations of Islamic Jihad and other groups. Twelve Palestinians were killed in these attacks, including three activists from the Hamas movement, which controls the enclave.
Islamic Jihad earlier promised to retaliate in kind for the killing of its leader, announcing the mobilization of its militants. The other groups that are members of the so-called joint resistance headquarters in Gaza also supported it, vowing that their response will have ‘no limits’.
Cairo, which traditionally acts as an intermediary each time tensions escalate in the sector, is reportedly striving to stop the escalation. UN Special Coordinator for the Middle East Peace Process Nickolay Mladenov is going to the Egyptian capital from Tel Aviv to discuss the situation, according to Ma'an News Agency.