US Desperate to Fight Iran - Why and to What End? | Eurasia Diary - ednews.net

Is there any point in replacing the OSCE Minsk Group with another diplomatic mechanism? - The explanation by Azerbaijani expert
Read: 493

US Desperate to Fight Iran - Why and to What End? 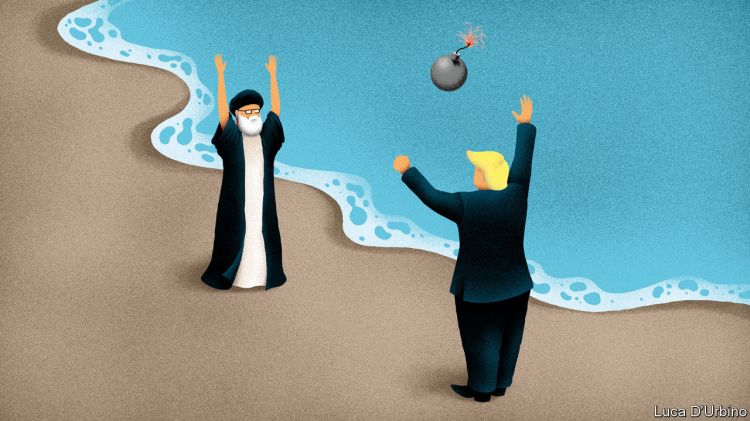 On this episode of The Critical Hour, Dr. Wilmer Leon is joined by Caleb Maupin, journalist and political analyst who focuses his coverage on US foreign policy and the global system of monopoly capitalism and imperialism.

As Eurasia Diary reports citing sputnik, protesters today stormed the US Embassy in Baghdad after the US launched airstrikes on a reported Iranian-backed militia in the country over the weekend that killed 25 people. The US attacks were in response to a Friday missile attack on an Iraqi base that killed a US contractor. The missile attack was blamed on the Kataib Hezbollah militia, which has denied it was responsible.
President Trump said today he will sign a phase one trade deal between the US and China on January 15 at a White House ceremony. Chinese President Xi Jinping will not attend the ceremony, but will instead be represented by high-level officials from Beijing, Trump tweeted. The president added that he plans to travel to Beijing at a later date to begin discussions on a second trade deal with China that addresses broader structural topics not included in phase one. So, if Chinese President Xi Jinping will not attend the ceremony how big of a deal is this?
Let's take a look back and remember some of the TOP 10 gains in the difficult year of 2019 that can help inspire us for the critical struggles ahead.
National identities and the relationship between England, Scotland and Ireland are changing more radically than at any time over the last century. It is worth looking at the British archipelago as a whole on this issue because of the closely-meshed political relationship of its constituent nations. What does this mean for the British archipelago and even the US?