Pro-Turkish militants destroyed one of the shelters of the Turkish forces in Syria | Eurasia Diary - ednews.net

Iran urgently deployed dozens of missile systems on the coast of Strait of Hormuz
Read: 1114

US and its allies characterize Chinese and Russian aid as a political ploy to garner influence - US expert-Exclusive
Read: 1065 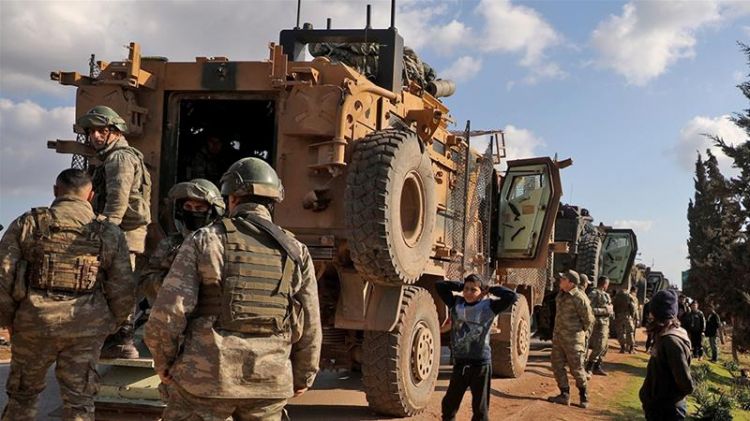 BulgarianMilitary.com recalls that just a few days ago, the Turks transported military special equipment to shelters to Idlib. However, literally the day after their installation one of the shelters were destroyed as a result of an attack by militants support Turkish invasion in Syria.

Sources say there are no casualties among the Turkish military.

A number of Syrian sources clarify that the reason for this was Ankara’s refusal to provide militants with cash allowance, against which the terrorists allegedly even delivered an ultimatum to Ankara, threatening to leave Idlib, transferring control of the Syrian Arab Army (SAA) to this region.

“This is a trap in which Erdogan can easily fall. If the militants refuse to cooperate with the Turkish military, then for Ankara this will be a complete collapse in Syria. It is possible that, for the sake of terror, terrorists can even launch rockets at Turkish observation posts. However, given the fact that opposition from Ankara will cause Russia’s refusal to comply with the Idlib agreement, Erdogan runs the risk of running into very big trouble in relations with the Russian military ” a military specialist notes.

In recent days, there have already been reports of a breach of the Turkey-Russia agreement.

BulgarianMilitary recalls that early today terrorists in Syria opened fire on the positions of the Syrian Arab army in the province of Latakia. This was reported by the Syrian Observatory for Human Rights (SOHR).

Militants of the Khayyat Tahrir al-Sham terrorist group banned in the Russian Federation opened fire from anti-tank missile launchers at positions of government forces near the settlements of Al-Hadad and Al-Khader, located in the northeast of Latakia province.

Recall that militants in the Idlib de-escalation zone violated the ceasefire regime introduced on March 6 19 times a day, Rear Admiral Oleg Zhuravlev, head of the Russian Center for the Reconciliation of the warring parties in Syria said.

On March 5, the presidents of Russia and Turkey, Vladimir Putin and Recep Tayyip Erdogan, entered into an agreement according to which a ceasefire regime entered into force in the Idlib de-escalation zone. Syrian President Bashar al-Assad later said that if the US and Turkish military did not leave the country, Damascus would be able to use force.

The reason for the Russian-Turkish summit talks was a sharp aggravation of the situation in Idlib, where in January a large-scale offensive by the Syrian army against the positions of the armed opposition and terrorists began. Government forces recaptured nearly half of the Idlib de-escalation zone and left behind a number of Turkish observation posts.

After that, Ankara sharply increased its military contingent in the region and launched the operation “Spring Shield” to push the Syrian troops. Turkey is also supported by militants loyal to it.