American expert - Racism is a fundamental to the Western approach to Africa
Read: 2477

An artillery attack on a second US military convoy in Syria
Read: 1047

Team of specialists from Russian armed forces arrives in Armenia to assist in struggle against COVID 19
Read: 985 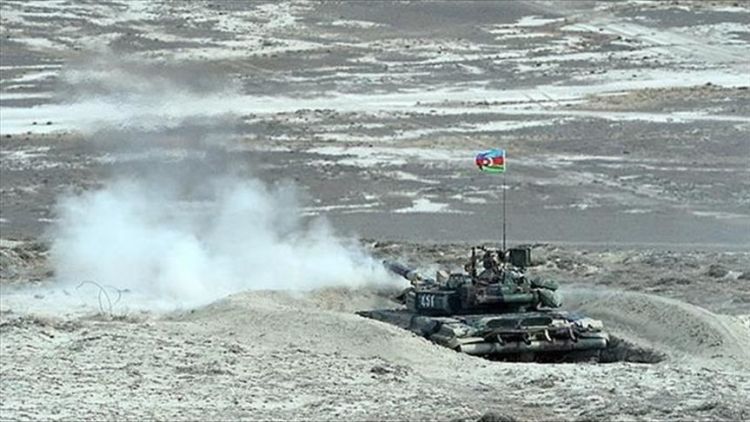 A cross-border clash between Armenia and Azerbaijan resulted in the death of an Armenian soldier, said the Azerbaijani Defense Ministry Tuesday, EDNews reports citing Anadolu Agency.

"Armenian Armed Forces' divisions attempted a provocation by violating the ceasefire in the frontline at Goranboy district direction," the ministry said in a statement, referring to the occupied Azerbaijani lands.

The statement added that the vigilance of Azerbaijani military units in the region led to one Armenian soldier’s death and that the body of the soldier remained in the area between the trenches of the troops for one whole day.

It went on to say that clashes still continue in the area but that the situation is under control of Azerbaijani units.

The ministry said that the Armenian side is responsible for "escalating the situation" on the frontline.

Upper Karabakh is the internationally recognized territory of Azerbaijan illegally occupied by Armenia through military aggression since 1991.

Four UN Security Council resolutions and two by the General Assembly, as well as decisions by many other international organizations, refer to the occupation and demand the withdrawal of the occupational Armenian forces from Upper Karabakh and seven other occupied regions of Azerbaijan.

The Organization for Security and Co-operation in Europe Minsk Group -- co-chaired by France, Russia and the U.S. -- was formed to find a peaceful solution to the conflict, but has not reached any results.