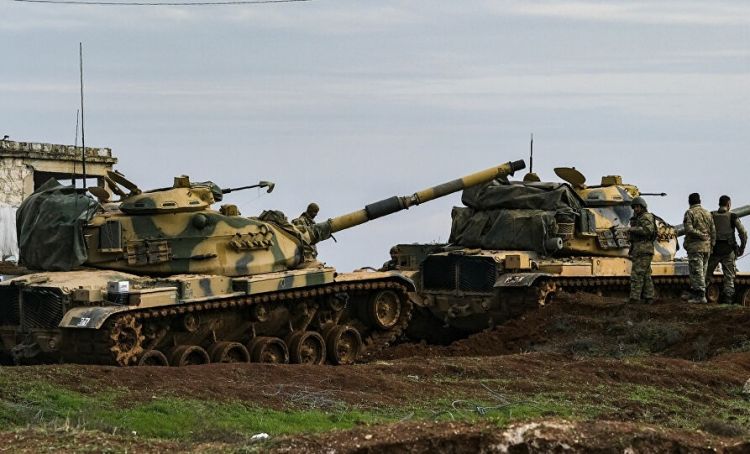 Militants of the "Al-Islamad-Turkestani"* group were behind a bomb attack on a Turkish patrol in the Idlib de-escalation zone, in which one Turkish soldier was killed, Rear Admiral Oleg Zhuravlev, head of the Russian Centre for the Reconciliation of Warring Parties in Syria, said at a briefing, EDNews.net reports citing Sputnik.

"According to the information received by the Russian Centre for the Reconciliation of Warring Parties, the militants of the Al-Islamad-Turkestani group* were involved in the attack, which activated IEDs during the movement of the Turkish military convoy near the ammunition depot of the terrorist group", Zhuravlev said.

He added that a car from the Turkish military convoy had been blown up by an improvised explosive device on 27 May, at about 10.40 a.m. while patrolling along the M4 highway in the Idlib de-escalation zone in the vicinity of the Inzik settlement.

"One Turkish soldier who received multiple shrapnel wounds as a result of the explosion and was evacuated to Turkey, died", Zhuravlev went on to say.

The situation in Syria's Idlib deteriorated in late February when terrorists from the Hay'at Tahrir al-Sham group* started a large-scale offensive on positions held by Syrian government forces. The Syrian army opened fire in response. According to the Russian Defence Ministry, this resulted in the deaths of Turkish troops who were not supposed to be stationed there.

On 5 March, Russian President Putin and Turkish President Erdogan held talks in Moscow and adopted a joint document that declared their adherence to the Astana format and announced a ceasefire. Moscow and Ankara agreed to carry out joint patrols on the M-4 highway.