What does withdrawal of US troops from Iraq mean? - American military expert explains
Read: 677

US, Russia finalize planning for space security exchange at end of July
Read: 595

China responds to US sanctions over Xinjiang
Read: 453 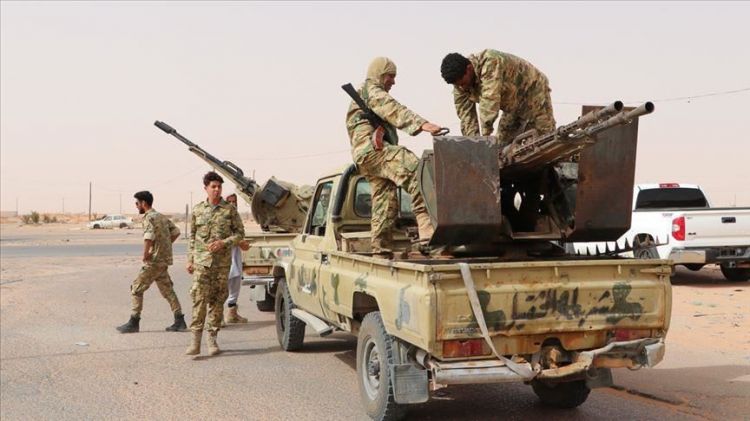 The Libyan army on Saturday denounced remarks of the Egyptian president, who said Sirte and Jufra in Libya are “a red line," calling it "a clear declaration of war and a blatant interference" in Libyan affairs, EDNews.net reports citing Anadolu Agency.

This came in a statement by Abdel-Hadi Darah, a military spokesman of Path of Victory operation.

"[Abdel] al-Sisi's statements that Sirte and Jufra are a red line, according to his description, is a blatant interference in our country's affairs, and we consider it a clear declaration of a war on Libya," Darah said.

"Our heroic forces are determined to complete the journey and liberate the entire region from terrorist militias [loyal to warlord Khalifa Haftar], their mercenaries as well as their supporters," he added.

In a TV speech in the Egyptian city of Matrouh near the Libyan borders on Saturday, al-Sisi alluded to the possibility of sending the country’s "external military missions if required," saying that "any direct intervention in Libya has already become legitimate internationally."

Al-Sisi told his army "be prepared to carry out any mission here within our borders, or if necessary outside our borders."

"Sirte and Jufra are a red line," he added.

Al-Sisi stressed that "any direct interference from Egypt [in Libya] has now acquired the international legitimacy, either with the right to self-defense, or at the request of the only legitimate elected authority in Libya, which is the House of Representatives [Tobruk]."

However, the UN recognizes the government headed by Fayez al-Sarraj.

The government launched Operation Peace Storm against Haftar in March to counter attacks on the capital and recently regained strategic locations, including Tarhuna, Haftar's final stronghold in western Libya.

The Libyan government has severely condemned the military support by Egypt, the UAE, France and Russia for the attacks of Haftar's militias on the capital, Tripoli, which began on April 4, 2019.