ISIL terrorists kill 2, including a child, in Nigeria 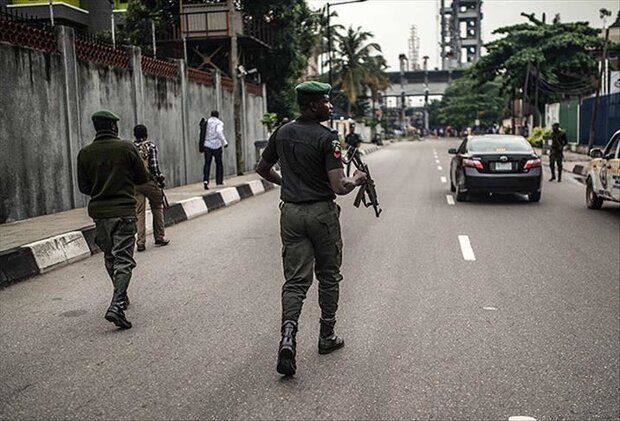 Takrifi terrorists affiliated to ISIL have launched an attack against civilians in northeast Nigeria, killing two people, including a five-year-old child, according to a UN report, EDNews.net reports citing Mehr News.

In a statement on Saturday, UN humanitarian coordinator in Nigeria Edward Kallon said that the fatalities took place during an attack by the so-called West Africa Province (ISWAP) branch of Daesh in the town of Damasak in the northeastern Borno State. Several others were injured in the attack.

Terrorists attacked Damasak, a volatile town along the Lake Chad shores Thursday, said Kallon. "I am gravely concerned by reports of another violent attack by non-state armed group in Damasak," Anadolu quoted him as saying.

The attack was not immediately reported because of a breakdown in telecommunication services in the area.

Kallon said an aid helicopter was badly damaged when Boko Haram fired at the aircraft. It was being used to facilitate humanitarian support to the civilian population in the vulnerable, hard-to-reach area after more than a decade of violence in the region.

The attack was the second deadly assault that targeted civilians and aid workers within one month. More than 30,000 people have been killed in the region since 2009 by Boko Haram, according to a report by the National Emergency Management Agency.

The ISWAP made an alliance with the Boko Haram terrorist group in 2015 before separating in 2016.

ISWAP has been launching numerous attacks in Nigeria since Daesh lost all its urban strongholds in Iraq and Syria to government troops and allied fighters.

Both ISWAP and Boko Haram are notorious for ambushing military and civilian convoys on highways and abducting travelers at fake checkpoints.

Around 36,000 people have been killed in the decade-long Takfiri terrorism which has spilled over into neighboring Chad, Niger, and Cameroon and forced more than two million people to flee their homes.