2750 tonnes of ammonium nitrate stored at Beirut warehouse at centre of explosion
Read: 1158 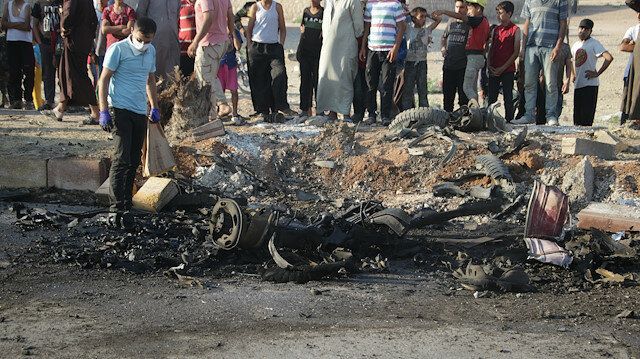 “Terrorists, enemy of humanity, detonated an IED [improvised explosive device] they planted in the market place and massacred five civilians, injured 12 others,” the ministry said on Twitter.

It added that the YPG/PKK once again targeted innocent civilians to disrupt the peace environment in the Operation Peace Spring area.

The explosion took place in the center of Ras al-Ayn, a city near the Turkish border.

In its more than 30-year terror campaign against Turkey, the PKK -- listed as a terrorist organization by Turkey, the US and EU -- has been responsible for the deaths of nearly 40,000 people, including women, children and infants. The YPG is the PKK's Syrian offshoot.