Without the support of NATO, the UK cannot give a serious response to Russian strike - Expert
Read: 192 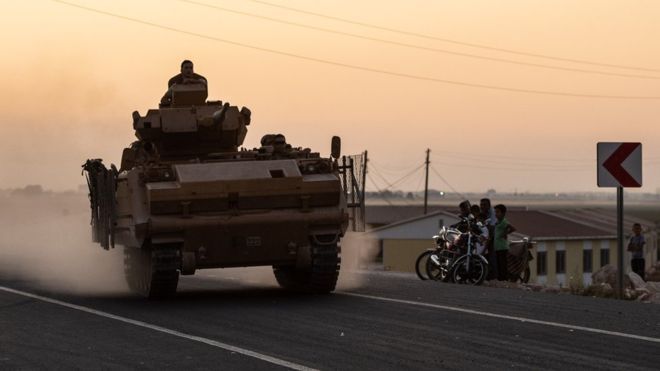 Clashes between Turkish troops and fighters from the Kurdistan Workers’ Party (PKK) have taken place in Iraq’s northern governorate of Duhok, which is part of Iraqi Kurdistan, the Al Mayadeen TV channel reported on Tuesday, Tass reports.

According to the TV channel, the Turkish Armed Forces seek to take control of the border area.

The Al Arabiya TV channel, in turn, reported, citing Kurdish sources, that Turkish forces had carried out strikes on PKK’s positions in Duhok.

The Turkish military launched an operation against members of the PKK, which Ankara deems a terrorist organization, in northern Iraq in late April. According to the Yeni Safak newspaper, the operation involves Turkey’s air power, artillery and special operations forces.

Ankara has repeatedly carried out cross-border operations against the PKK in Iraq. Turkey’s parliament regularly updates the armed forces’ mandate to act beyond the country’s borders. The Turkish authorities cite the right to self-defense in order to justify the move.

The Alsumaria TV network reported on May 3 that the Iraqi Foreign Ministry had handed a note of protest to Turkey’s diplomatic envoy in Baghdad over Ankara’s recent activities in northern Iraq. Baghdad also strongly condemned the Turkish foreign minister’s statements about Ankara’s plans to establish a permanent military base in Iraq’s north.