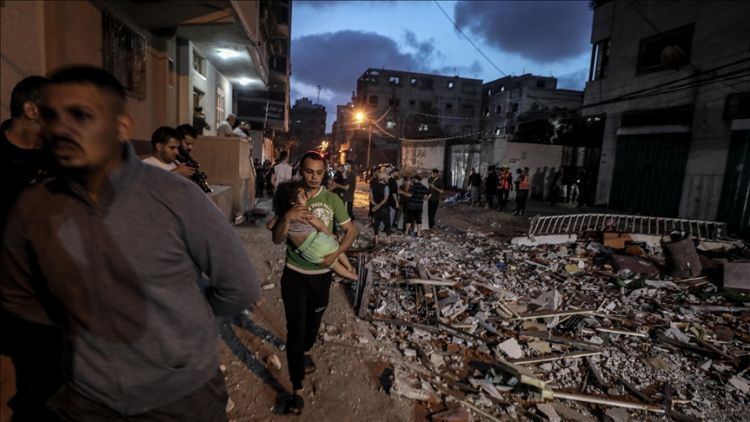 The number of those killed in attacks by Israeli forces on the Gaza Strip on Tuesday rose to 26 as the wounded climbed to 109, Eurasia Diary reports citing Anadolu Agency.

The latest attack, which targeted an apartment in western Gaza City, killed two civilians and injured six others.

Earlier, a strike had hit a house in the west of the Gaza Strip and killed three including a woman and a disabled person, an official from the Civil Defense teams told Anadolu Agency.

One of the nine children killed in the attacks was a 10-year-old girl, while the others were boys of various ages, Palestine's Health Ministry said.

The Israeli army announced the launch of Operation Guardian of the Walls late on Monday against the Gaza Strip.

It also announced that an air attack had been carried out on the enclave, from which many rockets had been fired into southern Israel.

Tensions have been running high in the Sheikh Jarrah neighborhood of occupied East Jerusalem since last week, when Israeli settlers swarmed in after an Israeli court ordered the eviction of Palestinian families.

Palestinians protesting in solidarity with the residents of Sheikh Jarrah have been targeted by Israeli forces.

Israel occupied East Jerusalem during the 1967 Arab-Israeli war and annexed the entire city in 1980 -- a move that has never been recognized by the international community.