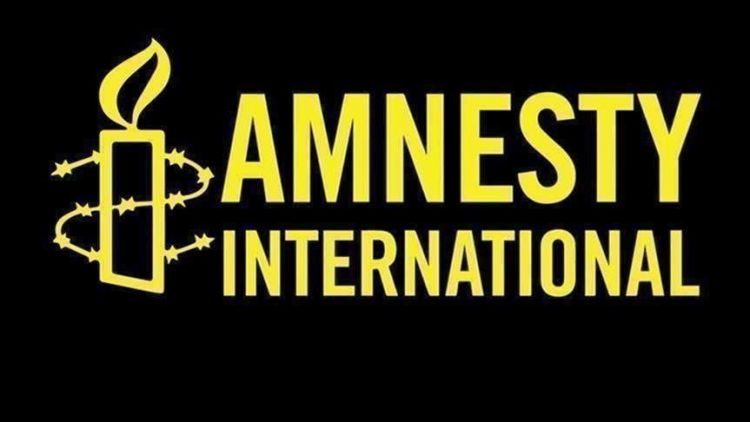 Amnesty International condemned on Tuesday Israel’s brutal and violent suppression of Palestinian worshippers and protestors in recent days.
The rights group gathered evidence that points to repeated use of excessive and indiscriminate force by Israeli authorities, and demanded the immediate halt of forced evictions and displacement of Palestinian families in the occupied East Jerusalem neighborhood of Sheikh Jarrah.
“Israeli security forces have used repeated, unwarranted and excessive force against Palestinian protesters in occupied East Jerusalem following four days of violence in which 840 Palestinians were injured,” Amnesty said in a statement.
“Evidence gathered by Amnesty International reveals a chilling pattern of Israeli forces using abusive and wanton force against largely peaceful Palestinian protesters in recent days. Some of those injured in the violence in East Jerusalem include bystanders or worshippers making Ramadan prayers,” it said.
The latest violence brought into focus Tel Aviv’s “sustained campaign” to increase forced evictions of Palestinian families, destroy Palestinian neighborhoods and build illegal settlements on Palestinian land, according to the group.
Through the collection of witness accounts, videos and photographs as well as a presence in occupied East Jerusalem, Amnesty gathered evidence about how Israeli forces have repeatedly deployed unlawful, excessive and disproportionate force to violently disperse Palestinian worshipers and peaceful protestors in the Al-Aqsa compound and other areas.
“Israel must not be allowed to continue its rampage against Palestinians who are simply defending their right to exist and protesting against their forced displacement. Mere expressions of concerns about Israel’s utter disregard for its obligations under international law are not sufficient,” it said.​​​​​​​
“There must be clear and strong denunciations of the flagrant violations, including forced displacement, the expansion of illegal settlements and the and the brutal repression of people protesting against such grave violations.”
The group also urged the UN Security Council to convene an emergency open session to discuss Israeli violence and aggression against Palestinians and demanded that Tel Aviv immediately cease its attacks against Al-Aqsa.
Palestinian authorities in the occupied and besieged Gaza Strip issued an ultimatum Monday for Israeli forces to withdraw from the Al-Aqsa compound and cease attacks or action would be taken. Such warnings were ignored and as a result, rockets were launched from military positions in the Palestinian territory.
More than 300 Palestinians have been injured in the last week of Israeli attacks on Al-Aqsa and other occupied areas of East Jerusalem.
Over 20 Palestinians have been killed in the Gaza Strip, including 10 children after the Israeli air force launched airstrikes against the besieged territory. ​​​​​​​