International Press Institute issued a statement regarding the death of journalists in Kalbajar | Eurasia Diary - ednews.net

I find the Azerbaijani Media very efficient and forthcoming regarding the world news - Shazia Cheema
Read: 255 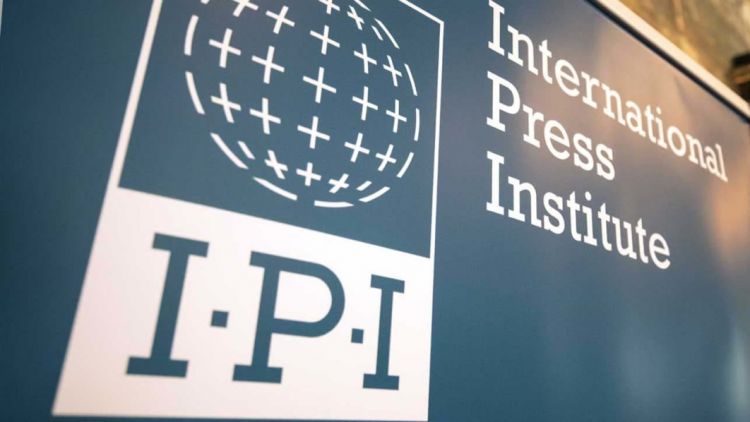 The International Press Institute (IPI) today expressed sadness over the deaths of two journalists in Azerbaijan’s Kalbajar district in an apparent landmine explosion on June 4.

Meherrem Ibrahimov worked as a journalist for the state news agency Azertac and Sirac Abishov was working as a cameraman for state television broadcaster AZTV. According to media reports the explosion happened while the journalists were in a bus carrying media workers in the region and the vehicle hit an anti-tank mine. In addition to the two journalists and one civilian, four other people were injured.

“IPI expresses its condolences to the families and colleagues of Meherrem Ibrahimov and Sirac Abishov”, IPI Deputy Director Scott Griffen said. “Their deaths underscore the dangers journalists face working in conflict zones. All conflict parties in the region must ensure the safety of journalists. In particular, we call on Armenia to provide information about the placement of landmines in a manner that can prevent such unnecessary tragedies in the future.”

The Nagorno-Karabakh region, where the incident occurred, has been the site of conflict between Armenian and Azerbaijani forces. Multiple journalists were injured in the violent clases that broke out in the region last September, according to the recent report of the Council of Europe platform for journalist safety.

On October 1, 2020, four journalists from Le Monde, 24 news and Armenia TV were wounded in shelling attack, followed by two Russian journalists a week later. An Azerbaijani journalist was later injured during hostilities in the Aghdam region. During the conflict both Armenia and Azerbaijan have restricted media workers’ freedom of movement and access to information.

Following the deaths of Ibrahmiov and Abishov, Azeri government officials suggested that landmines lain by Armenia were to blame, and called on Armenia to provide maps of the placed mines to improve security. Armenia has not responded to the accusations.