Proposal of great aid package by EU to Armenia, not to Azerbaijan whose territory was subjected to occupation, is not understandable - Farid Shafiyev
Read: 251

Georgia could be platform in Turkish-Armenian rapprochement - Expert
Read: 237 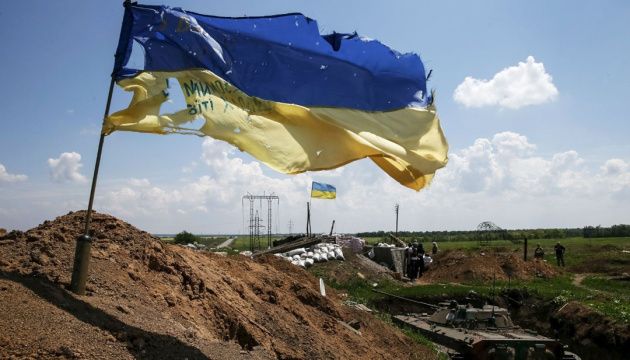 Russian occupation forces on July 26 open fire on the Joint Forces’ positions in the area of ​​responsibility of the Skhid (East) Tactical Grouping, leaving seven servicemen injured.
That’s according to an update by the press service of the Joint Forces Operation HQ released Monday, July 26, Ukrinform reports.
"Russian Federation once again violated the ceasefire and targeted the positions of Ukrainian defenders in the area of ​​responsibility of the Skhid (East – ed.) Operational Tactical Grouping, employing heavy artillery proscribed by the Minsk agreements,” the report says.
As a result of the shelling, four servicemen sustained shrapnel wounds and three more – combat injuries. After first aid was provided at the scene, the affected soldiers were evacuated to a medical facility," the statement reads.
One of the wounded servicemen remains in grave condition, another one’s injuries are of moderate severity, while, and five military are reported to be in satisfactory condition.
Ukrainian troops returned fire following the targeted shelling by the Russian occupation forces.
The incident was reported to the OSCE monitors through the Ukrainian delegates to the Joint Center for Ceasefire Control, Coordination and Stabilization of the Contact Line.
As Ukrinform reported earlier, in the past 24 hours, over July 25, a total of 11 ceasefire violations by Russian invaders were recorded in the Joint Forces Operation zone.