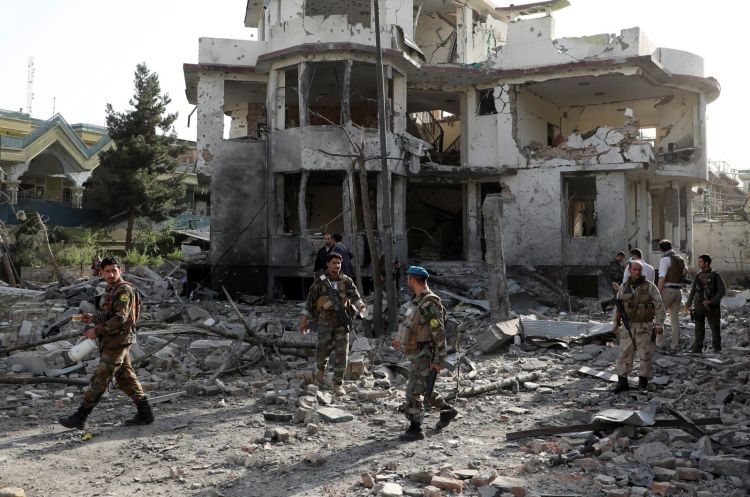 The Taliban on Wednesday claimed responsibility for the attack that targeted home of Afghanistan's acting defense minister in Kabul.
A spokesperson for the insurgent group warned of more attacks on top Afghan government officials.
"Last night a martyrdom attack was carried out on the defense minister's residence," Taliban spokesperson Zabihullah Mujahid said in a statement, adding that more "retaliatory operations" against top government officials were being planned.
The attack late Tuesday killed at least eight people and wounded 20 others, the Interior Ministry said on Wednesday.
An explosives-packed vehicle was detonated near the home of the minister in the city's Sherpur area late on Tuesday.
Five gunmen entered residential buildings following the attack and engaged in a gun battle with Afghan Special Forces.
The attack ended about five hours later, after members of the security forces killed all the attackers, Interior Ministry spokesperson Mirwais Stanekzai said.
Casualty figures are subject to slight changes as investigative teams were still working at the site, Stanekzai added.
Hours after the attack, the acting defense minister, Bismillah Mohammadi, posted a video on social media saying his home was targeted by terrorists, but that he is safe with his family.
“Unfortunately, a number of my bodyguards were wounded,” he added.
The incident in central Kabul came after a period of relative calm in the capital.
The attack came as Taliban insurgents have been pressing ahead with an offensive that is putting pressure on the provincial capitals in the south and west of the country.