At least 30 killed, about 20 injured in Shia Mosque blast in Afghanistan's Kandahar - ednews.net

At least 30 killed, about 20 injured in Shia Mosque blast in Afghanistan's Kandahar 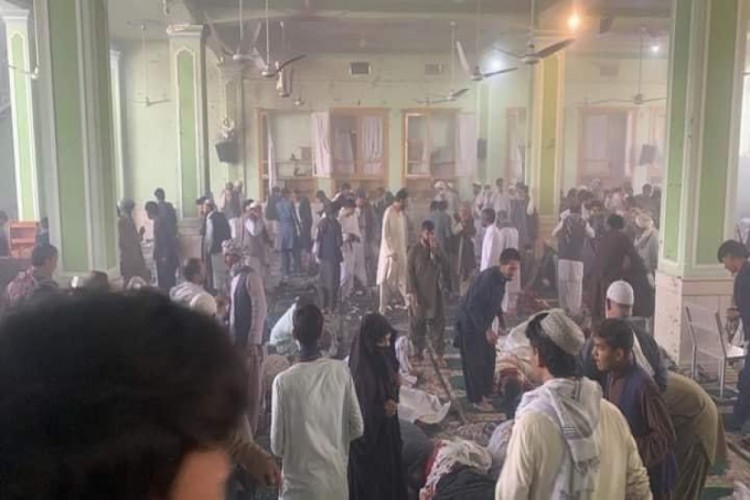 A blast in a Shia mosque in Afghanistan’s Kandahar killed at least 30 people and injured at least 20 others on Friday, a source in a local hospital said, Sputnik reports.

According to reports, the explosion was staged by a suicide attacker.

Earlier in the day, an eyewitness told Sputnik that at least 7 people were killed following the explosion.