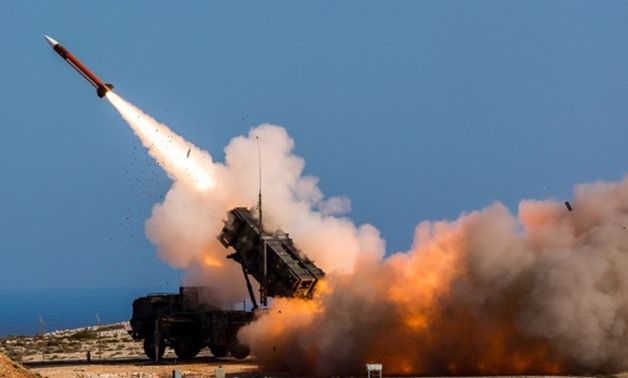 Spokesman for the Yemeni Armed Forces Brigadier General Yahya Saree detailed the recent missile and drone attacks against targets across Saudi Arabia in a press conference on Tuesday.

According to Mehr news, Brigadier General Yahya Saree on Tuesday held a press conference to detail the extensive Yemeni attacks on different targets in Saudi Arabia, including the Saudi Defense Ministry and the Aramco oil facilities.

The spokesman said that Yemeni forces had targeted critical military positions in the regions of Riyadh, Jeddah, Taif, Jazan, Najran and Asir provinces.

In the operation dubbed “ the 7th of December”, the Yemeni army used a lot of ballistic missiles and 25 UAVs, Saree stressed.

According to him, Saudi Arabia’s defense ministry, King Khalid International Airport, and several other military sites were targeted in the operation.

He said that as many as 6 'Samad-3' drones and several Zulfiqar missiles had targeted the Saudi Ministry of Defense, King Khalid Airport and several other military positions in Riyadh.

He also announced that 6 'Samad-2' and 'Samad-3' UAVs (drones) had targeted the "King Fahd" airbase in Taif and the Aramco oil company in Jeddah.

The spokesman for the Yemeni armed forces also added that five 'Samad-1"' and 'Samad-2' UAVs had attacked several military positions in the Abha, Jizan and Asir provinces.

Saree also reported that as many as eight 'Qasef-2K' UAVs and a large number of ballistic missiles targeted critical positions in Abha, Jizan and Najran.

At the end of the press conference, Saree called on all citizens and people living in the adjacent areas to the Saudi military positions to evacuate in order to not to be harmed.

Officials of the Yemeni National Salvation Government have repeatedly stressed that the Yemeni army and popular committees will continue to respond to the aggression as long as the Saudi coalition does not stop the war against Yemen and end the blockade.

Tens of thousands of Yemenis have been injured and martyred in Saudi-led strikes, with the vast majority of them being civilians.