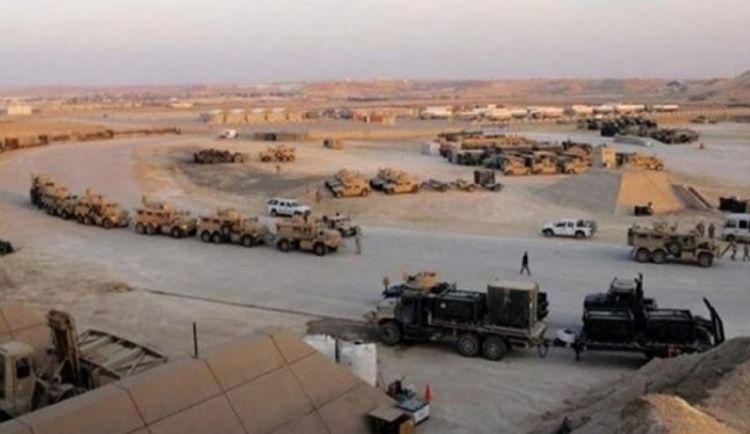 Head of Joint Operations Command of the Iraqi army Major General Tahsin al-Khafaji announced that US military combat forces have exited from Ain al-Assad base in Iraq.
Head of Joint Operations Command of the Iraqi army Major General Tahsin al-Khafaji on Monday said that American troops have completely withdrawn from the Ain al-Assad base and only advisory forces have remained.
In the coming days, an Iraqi security delegation will enter the Al-Harir base in Erbil province in northeastern Iraq to accompany the US troops to withdraw from the base, Al-khafaji noted, according to Sputnik.
The General stressed that the withdrawal of US combat troops from Iraq will be officially announced on December 31st.
Earlier Iraqi military spokesman Brigadier General Yahya Rasool on Saturday said that the Ain al-Assad base in Al Anbar province, which was occupied by US terrorist forces, is now under the control of the Iraqi army.
Many of the spots at the base are completely evacuated from foreign forces, and some headquarters are used to deliver logistical equipment to Iraqi forces, including weapons, vehicles, and equipment to assist Iraqi forces on their mission, according to Rasool.
However, the number of troops that withdrew from the base and the remaining forces are still unclear, and the Iraqi authorities refuse to make it clear.
This is while Earlier Robert McGurk, the head of the Centcom organization, had said that no force was going to leave Iraq, adding that only the function of the forces would change from combat to training and advising.
Iraqi Resistance groups have also stated that the presence of American forces under any name in the country is equal to occupation and there is no difference between combat forces and advisers.