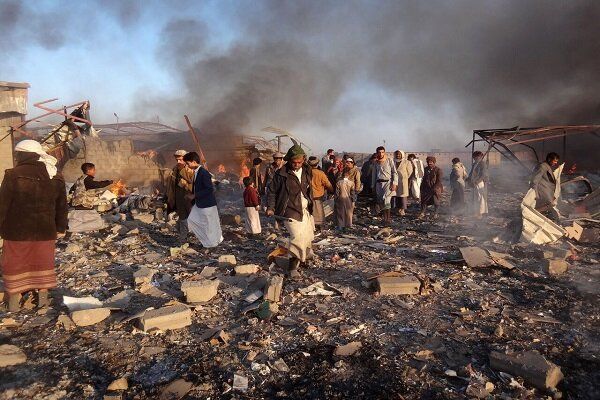 News sources on Monday morning reported that the Saudi-led coalition has violated the ceasefire in Yemen 160 times in the past 24 hours.
The Saudi coalition violated the UN-brokered ceasefire by launching reconnaissance flights over the provinces of Al Hudaydah, Ma’rib, Taiz, Hajjah, Al Jawf, Saada, Dhale as well as other areas.
According to the report, Saudi-led coalition forces targeted positions of the army forces and popular committees as well as houses of Yemeni citizens in Al Hudaydah, Taiz, Ma’rib, Hajjah, Saada, Jizan and Dhaleh provinces with heavy artillery and rocket attacks.
The ceasefire in Yemen, which has been repeatedly violated by the Saudi coalition, was extended for another two months following the UN-brokered ceasefire to renew it. This ceasefire will end on August 2.
Saudi Arabia, in the form of a coalition of several Arab countries, including the United Arab Emirates (UAE) and with the help and green light of the United States and also support of the Zionist regime, has launched large-scale attacks against Yemen since March 26, 2015.